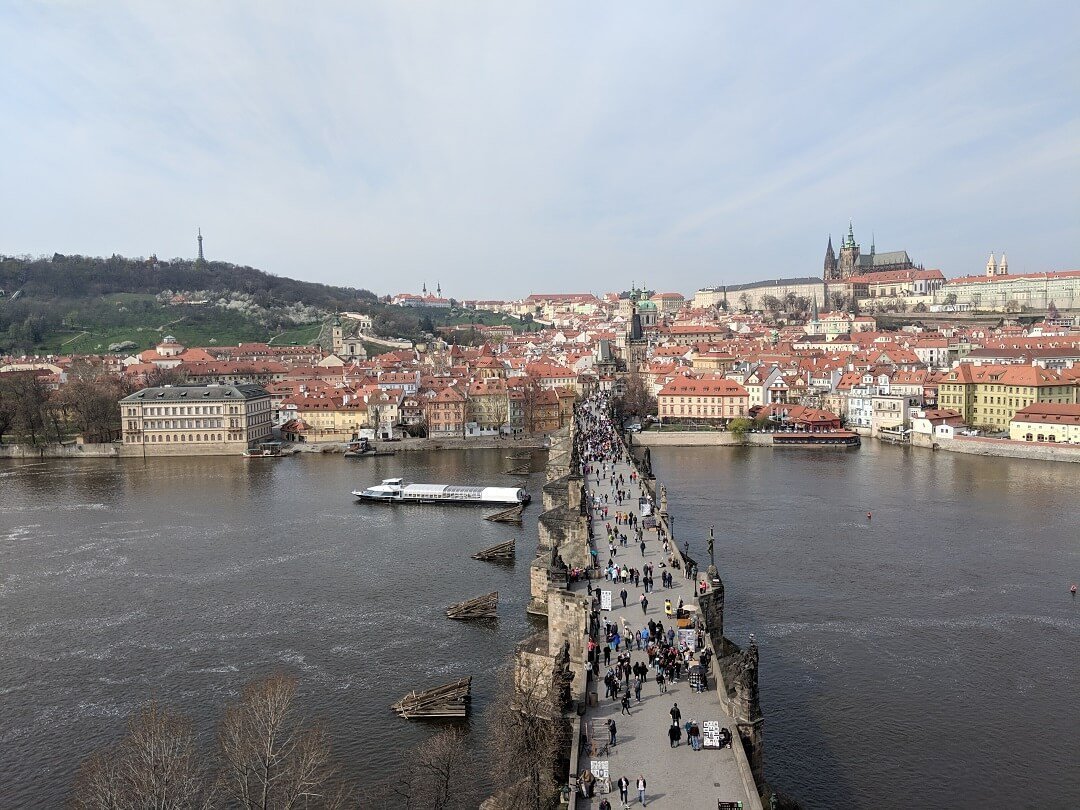 What a couple of weeks it’s been! I just returned to the US after my first trip *ever* outside of North America. Honestly, I wish I could have said that years earlier, but better late than never, as they say.

During my trip, I spent about a week in Germany, a few nights in Prague, and a couple of nights in Vienna and in Split, Croatia.

And yes, that time went by fast. Considering the fact that it was my first trip to Europe, it wasn’t a bad way to get my feet wet. But by the end, I wished I had spent more time there!

To kick things off, I am going to generally reflect on my trip and talk about what I learned as a new traveler. That means I won’t go into great depth about any of my destinations, but those will be in the coming post or two. So, stay tuned if you’re interested in those.

Given that this was my first international trip ever – and no one helped me plan it – there were certainly some lessons learned. I’ll detail these later, but the biggest one is probably that when it comes to travel, slower is better.

In addition, while I don’t typically keep a budget, it’s a good idea to have your daily expenses planned ahead of time – to the dollar if possible.

Slow travel is a good idea for several reasons, but some are less obvious than others.

If you ask me, the most obvious reason is having enough time to see everything. For example, while I spent the most time in Munich (four nights), I still didn’t have time for everything I had on my list.

If I had stayed for at least a week, I might have had enough time. This is where more granular planning can really help. Of course, it will be difficult to know exactly how long everything will take. I swear – things always take longer than you think they will.

And that is exactly why it’s a good idea to give yourself some buffer time. If you’re in a larger city like Munich (or London, Paris, etc.), don’t expect to do 15 things per day. It’s just not realistic. Pick two or three things to do instead.

If you know for certain one of them will take very little time, you could always add another item. But the point is to be conservative. Assume things will take longer than you think they will. Worst case scenario is you end up grabbing a drink at a bar or something with your extra time.

Or, if drinking isn’t your style, you can take a stroll through the city.

Also of note – I found myself pretty worn down some days. I felt as though every minute had to be spent out and about since I wouldn’t be there very long. But more time to rest would have been nice.

Perhaps it’s because The Beatles are from England that they’re more familiar with day trips than I was. Is that even what “Day Tripper” is about? I’m not even sure. But either way, being based in England makes it a bit easier to travel around Europe.

And taking day trips is definitely something you should consider while traveling internationally. I ended up not really having time for them – though one was just too difficult logistically.

Day trips are great, especially if you’re visiting somewhere like Paris or London. While these cities are obviously great and home to world-class museums and other amazing attractions, at the end of the day, they are still big cities.

And the thing about big cities is they lack a certain character, a certain charm that small towns have. Again, I’m not saying you shouldn’t spend time in the big cities, but you should definitely make an effort to venture out, too.

Giving yourself more time in one of these cities means you can use it as a base from which you can travel out to smaller towns. While the trains in Europe are great, there is also FlixBus, which is a coach bus service that goes all over Europe.

Most trips cost less than 50 Euro if you aren’t going too far, and buses make more locations accessible. That’s especially helpful if you want to travel somewhere smaller that’s off the beaten path.

Money management turned out to be a bit of an issue for me. Sure, I probably still spent less than the average traveler due to flying for free (well, almost).

Why was money management such an issue for me? The main reason is the fact that in Europe, cash is preferred. While you’ll be able to use credit for most larger transactions like hotel stays and long distance bus/train tickets, restaurants are different.

While some restaurants do accept credit cards, these are the rule rather than the exception. I even came across one that accepts MasterCard, but not my beloved Visa cards. 🙁

After a week or so, I was already tired of asking and many times I just went straight for the bills (like the ones above).

The issue with using cash so frequently, at least for me, is that my bank charges $5 foreign transaction fee. They do reimburse up to $10 in fees each month, and usually, that is more than enough for me.

But when I had to use three different foreign currencies in two weeks (Euro, Czech Koruna, Croatian Kuna), managing my cash became a bit of an issue.

Obviously, I wasn’t going to be able to withdraw money fewer than three times during this trip. Still, I really didn’t know exactly how much cash I would need and ended up going wayyyy beyond that $10 reimbursement.

Needless to say, the bottom line here is that next time, I need to have a better idea of how much I’ll spend. This could also be mitigated by slow travel, though, since I wouldn’t be bouncing between currencies so much.

When I arrived in Vienna, I went across the street and ordered schnitzel with a side salad. This was at a sit-down restaurant on the main street next to the hostel.

The damage? 14 Euro. I added two Euro for the tip due to Europe’s lower tipping expectations. Probably still a slightly high tip, but dealing with whole Euros is just easier.

16 Euro, while not horrible, certainly isn’t the under $6 I pay when I eat at Cook Out here in NC (yes, seriously). I definitely did not eat like a local that evening.

I think it’ll be tough to find something that cheap anywhere in Europe, and I’m not exactly eating leafy greens at Cook Out. But, still, you can do much better than 16 Euro!

I still need to do more research on this, but I ended up going to kebab places several times and paid around 7 Euro at each of them. And since they are fast food places, tipping is less of an expectation.

Of all the places I visited, I found Prague to be the most prone to charging tourists a price premium. Generally, the more “touristy” a place is, the more this happens. Prague is no exception.

From a purely financial perspective, you will usually be better off at a hole in the wall than somewhere that looks fancy.

While I’ve heard that most customer-facing people in major European cities speak English, I wasn’t totally confident this would be the case.

However, it did turn out to be mostly true. I did actually encounter some people who speak little to no English, but I can count them on one hand.

It was a little unexpected given how much of a tourist destination it is, but one of the staff I tried to address in English at Hofbräuhaus did not seem to understand me. Since I was alone, I asked her if there was a bar, and she just motioned to one of the tables nearby. Not quite what I was asking.

But other than a handful of those encounters, I had very little trouble. I heard people speaking German and other languages all around me, but people could speak English when needed.

Mind you, I would have made more of an attempt to learn the language if I were going to be somewhere longer. But since my time in Germany + Vienna was the longest at just over a week, it didn’t make sense to me.

That being said, I actually did try to learn a few basic words and phrases, particularly in German. The thing is, though, I found myself not very confident trying to actually use them.

I think it was partly because I didn’t want them to think I actually speak German, and partly because, for some reason, it felt like cultural appropriation on some level.

I mean, sure, my last name is German, but I am definitely an American. I think I would need to spend more than a week there in order to feel more comfortable in that way.

But, indeed, speaking English is generally not a problem – at least not in larger cities.

Above all, I think what I learned is the importance of planning. I don’t typically map out every minute of my life while not traveling, but it’s important to get pretty granular when out of the country.

Be that as it may, planning is a little less important when slow-traveling. This is fairly self-explanatory; the more time you have, the more leeway you have. And if you aren’t bouncing around so much, your expenses will likely be lower, too.

Still, planning is important when on these trips. While things don’t always go according to plan, it’s better to have a plan.

At least that way, you’re giving yourself the best chance possible for things to go well.

Have you traveled internationally? If so, what tips do you have for others thinking about doing the same?

5 Ways My Relationship with Money Has Changed