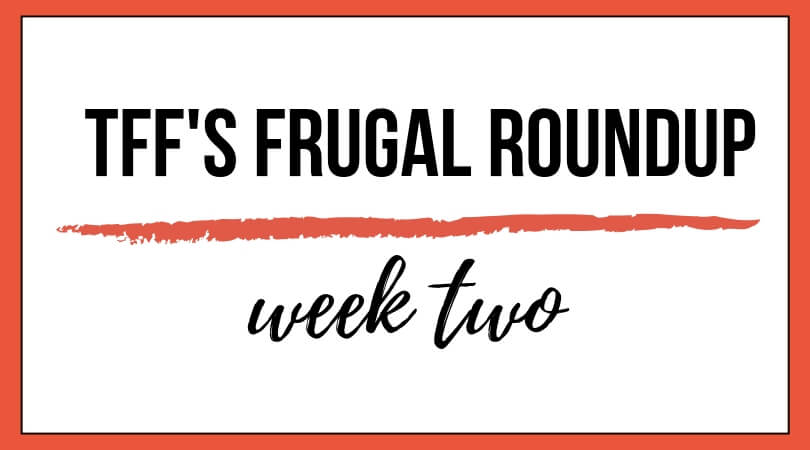 So…ahem. I meant to do this last week, but it kind of slipped my mind. In addition, I’m leaving for Europe in a few days, and I may not keep up with roundups while I’m gone.

After all, I’m trying to limit this to posts that have actually been released that same week. Granted, much of this will be “evergreen” content, meaning i will be relevant indefinitely. Still, I figure it’s better if it is newer content since that means it’s less likely you will have already found it on your own.

All that being said, yes, it’s likely I won’t take the time to sit down and do this while I’m in Europe, but I would like to make it a regular thing.

Without further ado, let’s get into my favorite posts from this week!

Net worth posts are always fun, but this one from Stephanie of Poorer Than You is especially good due to the level of detail into which she delves.

What I really enjoyed more than anything though is the fact that her journey has been far from perfect. As noted in the title, she used to buy groceries on credit – and no, not for the credit card rewards.

She’s also been laid off from jobs, struggled to find her place in the world times…and yet, she’s managed to make it to $100k in savings. All while never breaking $60k in income!

My takeaway from this is that pretty much anyone can amass a sizable net worth. You don’t necessarily need to make a million dollars every year. What you need, more than anything, is persistence and dedication.

2. Easy Meal Prep to Help Your Budget and Health

I really liked this post from Andrea at Saving Joyfully this week! Even though I am not going to the office anymore, this was often a struggle for me.

It can seem very difficult to eat healthy while also having to have your meals prepared. In reality, it’s actually not as difficult as it seems. With proper planning (and sometimes creativity!), you can definitely eat healthily while still having to commute. And, of course, save money as well.

I admit – it does require a little bit of extra effort. I definitely wasn’t always committed. But even if you aren’t, making an effort is important. It’s not entirely black and white; if you eat healthy sometimes, that’s going to be better than nothing.

Basically, the more often you eat healthily, the better. And the easier you can make it, the more likely you are to stick to it. That’s the idea behind Andrea’s post – check it out!

What, *another* acronym!? Yes, sorry. But I think this one, that Financial Mechanic discusses in this post, is worth noting.

Not only does it stick to the same theme as FIRE (FIRE, HOT – get it!?), but it’s also useful. In this case, HOT stands for:

This acronym is rarely heard here in the US because it’s mostly used by Europeans. FI Mechanic heard it while she was in the Netherlands.

What I like about this is that it takes the “retire early” part out of the equation. There has actually been quite a bit a debate about whether you are really “retired” if you work on other projects after leaving your 9-5.

Whether that is something like a blog, a podcast, or maybe something else entirely, many seem to think you aren’t retired unless you spend all day sipping cocktails on a tropical island somewhere.

Regardless of where you are on this debate, HOT focuses on what is important: happiness, opportunity, and time. For early retirees, that is what important. Even if they still work, they tend to have much more discretion with how they spend their time.

Oh, my spouse wants to take a three-week vacation to Europe? Sure, why not. Not like I’m going to get fired or anything! That’s the idea. It’s not about the money – it’s about your time and being in control of it.

Happy, opportunity rich, and time rich. I like it.

Well, there you have it – my favorite posts from this week. I hope you enjoyed it and I’ll catch you on Tuesday for the next post here on the blog!