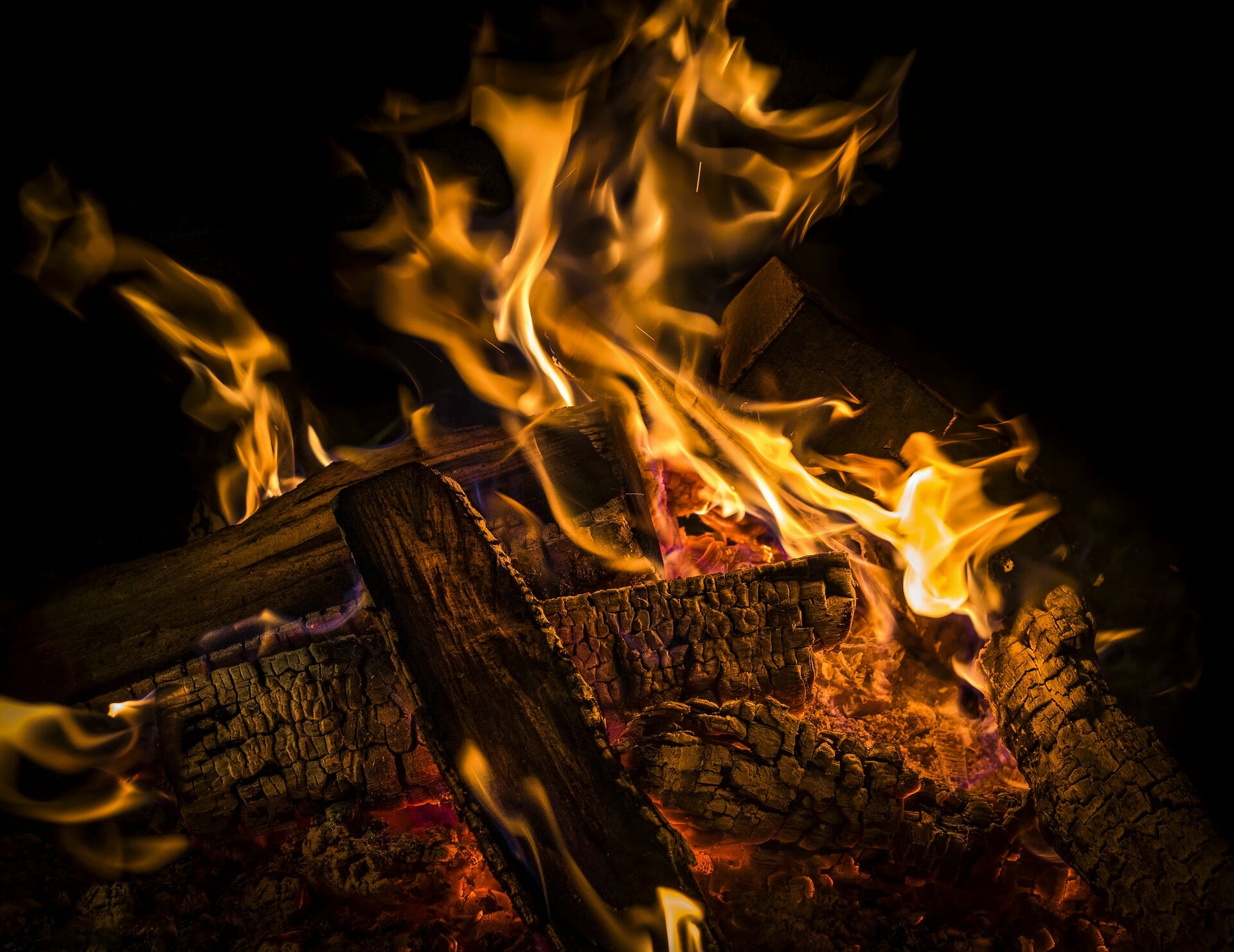 I don’t know about you, but personally, I definitely fret over the idea of working “forever.” That’s why, as mentioned on my various social media profiles, I’m starting the FIRE!

Of course, I wouldn’t actually work forever. But when I consider the idea of working until 65 or 67 – I figure I may as well be.

Thankfully, my friends, I’m here to tell you that although I have yet to retire, and many people do work until the aforementioned ages – it doesn’t have to be that way. It may or may not actually be easy depending on your lifestyle (and your mindset), but it is definitely doable.

If by chance you’re new here, you might not know the term financial independence retire early. Luckily, it’s very simple:

Something that is important to note is that we actually have two distinct concepts here. Hence, you may occasionally see this acronym written as FI/RE.

A related concept is barista FIRE, which some also call a “mini-retirement.” Reasons for this vary; maybe you only need health insurance, or maybe you simply need a break from full-time work.

But as I always say…stranger things have happened.

Maybe the person retiring early has loved one who is chronically ill and needs someone tending to them frequently. Perhaps their spouse is offered a job in another country that is so lucrative, it actually beats the couple’s previous combined income.

Not Everyone Works “Forever”

It may sound impossible to retire early, particularly since most of us probably have a certain retirement age in mind.

Hold on. Don’t get too excited.

That all sounds encouraging until you reach the end of the article. Sadly, three in four households have less than $100,000 saved. That is nowhere near enough to retire, especially if the retiree does not have a pension to support him or her.

I can’t say I’m entirely surprised. Disheartened, maybe, but certainly not surprised. After all, wage growth tends to hover around 5%. And significant increases beyond that level are rare, to say the least.

We All Have Our Own Battles

Admittedly, I am in a better position than many of the FIRE pursuers out there in that I don’t have kids. It’s no secret that kids are expensive.

But hey, if Nicolas Cage’s The Family Man taught us anything, it’s that having a family of your own can much be more fulfilling than personal wealth. Leave it to Cage to open our eyes to ideas we never considered before. Even though he’s become something of a living meme around the Internet, there is still a valuable lesson to be learned here.

That said, there is one very key difference between me and The Family Man. See, while Jack Campbell uses his wealth to fill his life with “stuff,” I am using my wealth to work toward financial independence.

Don’t fill your life with “Stuff.” you don’t need it.

I digress. We all have things that are important to us on an individual level, and we all have our own battles. Some of us will have expenses that others will never experience.

That being said, just think about some of the major expenditures that millions of people will have at some point in their lives:

These are just a few, but many people will take on some or even all of these expenses. And by rough estimation, you are probably looking at upwards of half a million bucks here. Yikes.

How to Retire Early

Of course, you will want to know how you actually take steps to reach financial independence, especially at a relatively young age.

There is certainly no precise formula for how one can achieve this. But the way I see it, here is a basic formula for starting the FIRE:

Clearly, this is very high-level, to the point where each one of these ideas would warrant a post (or ten) of its own. I’ve written a bit about saving, but I could stand to expound upon all of them.

And while each one of these concepts could involve many different steps, I honestly do believe that the overall idea is actually quite simple. The only real challenge, then, is to flesh out what those steps actually look like.

Without going too far down the rabbit hole, here are a few ideas to get you started:

When it comes to saving effectively, there are two major strategies you can use to your advantage:

In my opinion, the first strategy is probably the single most important one when it comes to retirement savings. Most employers offer tax-advantaged retirement plans such as a 401(k), 457(b), or 403(b). In order to get the best information on the retirement accounts your organization offers (and how you should leverage them), you’ll want to contact your HR department.

Saving doesn’t stop with your retirement plan at work, though! Or at least it doesn’t have to. The College Investor breaks the whole thing down perhaps better than I could, so check out their article on this very topic.

One thing I do want to call out from the article above is the importance of taxable accounts. Although tax-advantaged accounts are very important, you may be penalized if you need to access that money before age 59 & 1/2. Generally, taxable accounts (such as an ordinary brokerage account with Fidelity or Vanguard) will eliminate such penalties.

When it comes to spending less, I really have to agree with Paula at Afford Anything. In particular, in this episode of her podcast, she explains it in a very simple way. Essentially, most of us think about spending the wrong way.

For example, you may think of skipping that trip to Starbucks or opting for a cheaper phone as a frugal win.

The thing is, it’s not that these things don’t matter – it’s just that this is sort of a backward way of thinking. See, these expenses are relatively insignificant.

If you really want to minimize your expenses, you need to focus on the big things first. According to CNBC, the “big three” (what we spend the most on) as a percentage of our budgets are:

Sure, food is one of the big three, but it’s the smallest one. If you’re ignoring your housing and transportation costs, you aren’t thinking about this the right way. This begs some important questions:

These are just some ideas, but you can see where this is going. It’s not that food doesn’t matter, or that you shouldn’t make your own coffee instead of going to Starbucks. But if you really want to take control of your expenses, it makes sense to start with the biggest expenses first.

There are a number of ways you can increase your income. If you currently work a 9-5 job, one of the easiest things you can potentially do is ask for a raise.

Granted, that might be easier said than done, especially if you aren’t great at negotiating. But even if you aren’t, you can start by researching salary data on sites such as Salary.com and Glassdoor. How do you stack up?

Regardless of how you compare to those in your field, make a list of your achievements since you started your job. What skills have you developed? How have you gone above and beyond? These are the sorts of things that will make you more valuable.

And of course, there are other ways to increase your income. You could to so by starting a blog, completing surveys, or starting a side hustle.

One last idea I’d like to touch on is the so-called “ultimate retirement account.” What account is that, you ask? That would be the health savings account, often referred to as HSA. When I say “so-called,” it’s because I am borrowing the term from this article from the Mad Fientist.

The idea behind HSAs is that you are able to save pre-tax dollars in order to pay for your health care costs. However, it turns out that as long as you have qualified expenses, you could potentially use these accounts to save for retirement.

Not only that but if done properly, you could even withdraw these funds tax-free as well! How cool is that?

They aren’t perfect, though. HSAs usually require you to enroll in a high-deductible health plan (HDHP), so they may not be for everyone.

Starting the FIRE: Why Should I Care?

At the end of the day, it’s your choice. If you want to work until you’re 102, more power to you! We all have our own choices to make; our own battles to fight.

But some polls have shown that as much as 85% of Americans hate their jobs.

That seems extremely high. And while I’m not sure how well that figure represents the population as a whole, I am fairly confident that the actual number is significant.

Here’s the thing: retirement, and especially early retirement, come down to one extremely important idea: reclaiming your time.

Maybe you’d like to backpack through the Alps. Or you wish you could spend time with your family. Perhaps you have a side hustle you’re looking to expand.

Whatever it is you have in mind, all of these things take time. And that’s time we may not have if we’re tied up with a 9-5.

Not only that but once the time is gone, you can never get it back.

So why be tied up by a 9-5? Even if you do like your job, having the flexibility to leave at a moment’s notice if you so choose? That is the dream. Or at least to me it is.

So, what say ye, frugal people? Are you ready to start taking steps toward reclaiming your time, your freedom, and your LIFE?