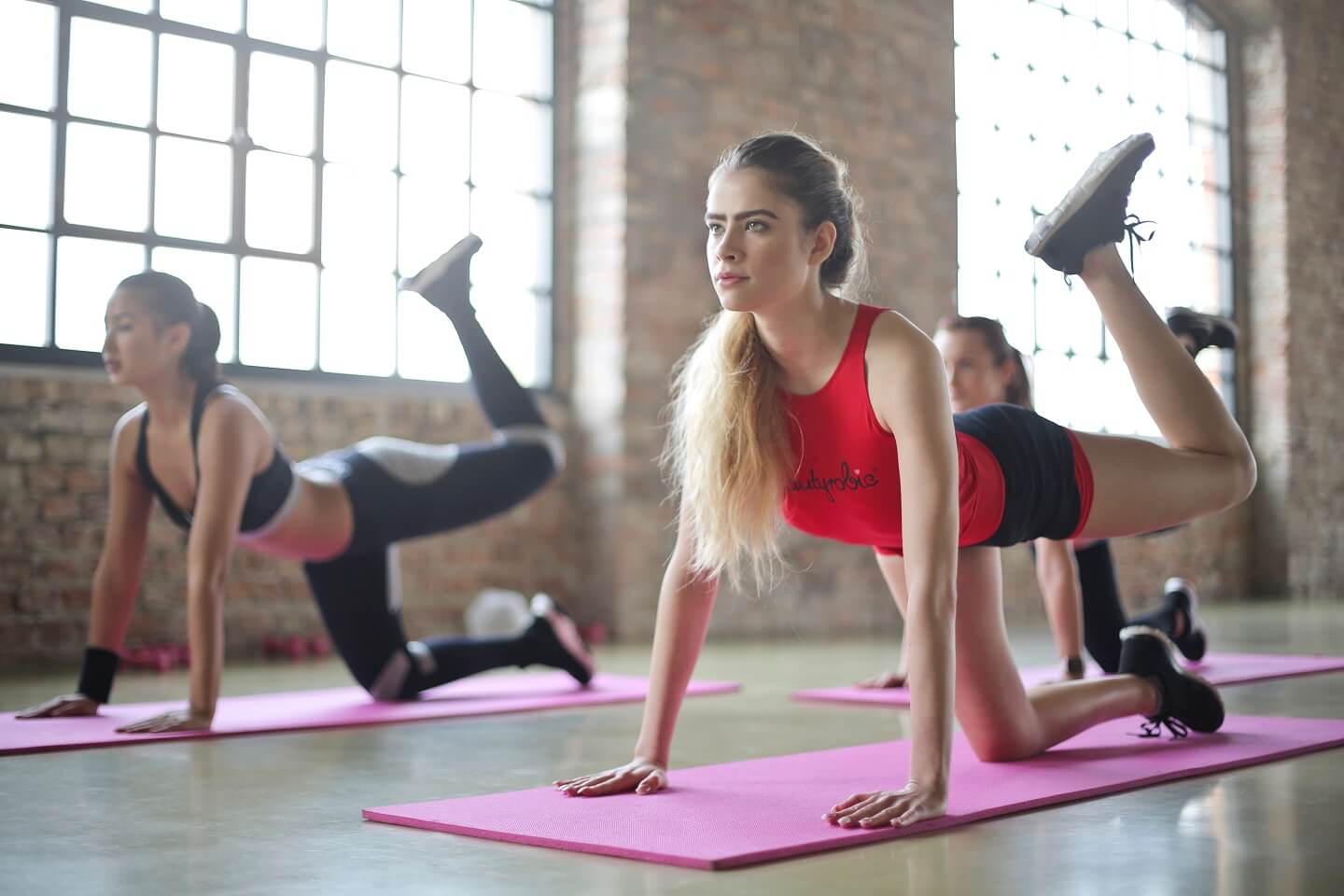 Now that the new year is upon us, many of us are thinking about how we can make our lives just a little bit better. So why not take steps to get financially healthy?

Okay, sure, it probably would have made more sense to post this before the new year. After all, you probably already know your resolution(s). And maybe those don’t include money. Maybe you decided to give up wine, or pizza, or to not cry in a Taco Bell bathroom.

But here’s an elevator pitch for why you should still think about your finances: 80% of New Year’s resolutions fail by February.

Yeah, I know. I know. You probably don’t want to think negatively right now. I’ll bet you’d rather be bright-eyed and bushy-tailed. “I can do anything!” you exclaim.

We all like to think we can do anything. And to be totally honest, I hope you do! Whether your resolution is practical or just plain ridiculous, I sincerely hope you achieve it.

But if you find that it’s the middle of February and your plan to eat healthier isn’t going so well, why not get financially healthy instead?

Sure, some say that eating healthy will actually improve your finances. I’m not disputing this; I think there is definitely truth to it. But the way I see it, we’re all a work in progress. One thing at a time, ya know?

Here’s a crazy stat for you: according to MarketWatch, only 3 out of 10 Americans are “financially healthy.”

Whether it’s December 1st or March 1st, there’s never a bad time to think about how to get financially healthy. But how do you actually do that?

I’m only throwing this one out there because I know there are a TON of bloggers who manage to do this. Blogging can be a great way to get financially healthy.

I’m only starting to make some extra money here, but there are all kinds of stories of those making thousands of dollars every month.

Perhaps those folks are something of an anomaly, but I like to think anyone can do it with enough hard work and dedication.

Interested in starting a blog? Head over to SiteGround. They’ve got great prices, performance, stability, and support!

Oh, and by the way – I would just like to mention that although I would like to have a money-making blog, that is in no way driven by greed.

Mostly, my motivation stems from a desire for financial independence and perhaps a more flexible lifestyle in general. And that is even more true since I decided to quit my job.

That said, yes, starting a blog is a lot of work. If you really want to make your blog succeed, you are probably going to have to put in a TON of time. This isn’t something you can just do as a hobby for a few hours here and there.

If you’re still interested, SiteGround. They’re one of the best hosting companies out there today.

2. Make Some Cash With Swagbucks

Swagbucks is cool because you basically get free money for doing really easy tasks!

The best part about the program is that some of these tasks are things you were probably already doing, like Googling and playing games.

Want a FREE $10 bonus? If you sign up for Swagbucks using my link, you'll automatically get a free $10 bonus!

Once you have enough points, you can then redeem your Swagbucks for gift cards to some of your favorite places, like Amazon and Starbucks.

Check them out now if you want to start earning toward your free gift card!

Did you know that 40% of Americans can’t cover a $400 emergency? One of the best ways to make sure you have the cash you need is to put it in a savings account.

That is especially true right now with the market being so volatile. But if you open a savings account with Ally, not only will your money be safe from the market ups and down, you’ll also get 2% interest on your money!

I recently opened a savings account with Ally and I could not be happier I did. Although I still have investments in my retirement accounts, I no longer have to worry about whether I’ll have cash to use in a pinch.

A high-interest savings account is arguably the best place to keep your extra cash. That’s because your bank will probably give you something like 0.01% interest while keeping it in the stock market means you’ll be subject to market volatility.

Survey Junkie is nice because you can get free gift cards for sharing your opinion about everyday products.

It really isn’t that much work; all you have to do is fill out surveys. Sound too good to be true? Well, it’s not. As a consumer, your opinion is valuable! Companies need your insight in order to develop their strategies.

By letting them know your opinion, you are helping them, and being compensated in return. Sounds cool, right? Similar to Swagbucks, with Survey Junkie you’ll be able to redeem gift cards for places you already spend money anyway, such as Starbucks and Amazon.

I mentioned this in a previous post, and I will continue to do so. That’s because this one is super important. Improving our finances is important to me, but so is being more environmentally conscious.

Check out this mind-boggling quote from Arcadia Power:

According to the Container Recycling Institute, Americans bought 42.6 billion plastic water bottles 1 gallon or smaller in 2010. That is up from 35.5 billion in 2006, 23.6 billion in 2004, and 2.8 billion in 1996. While 80 percent are thought to end up dumped in landfills or incinerated, hundreds of millions of bottles end up on roads, in streams, and along beaches.

This is almost unfathomable to me. Tap water is damn near free for Americans, yet we continue to buy billions of bottles of water. Why? It honestly makes very little sense. There are a few exceptions where water sources are compromised, but that actually affects a verysmall percentage of Americans.

That’s why I love the idea of filtering your own water with a Brita pitcher. Not only does that save you money by spending less on bottled water, but it also creates less waste. Win, win, win!

There are many ways to pick up a side gig. The best part about side gigs is probably their flexibility. Unlike full-time jobs, these micro-economy jobs can come in the form of completing tasks, driving, or freelancing.

The potential is pretty much endless, and how much effort you put in typically determines what you make. At the same time, if you need a break, just don’t pick up assignments!

Again, this is unlike a 9-5, where you would typically have to have vacation time and approval to take time off.

Sounds like a great way to get financially healthy!

Also, freelancing could mean you do all the work on your own, whereas being a VA means you are, well, an assistant. This is more like doing the auxiliary tasks that need to be done.

One of biggest forms of VA work is probably social media management. The reality is that social media takes a lot of time to manage. The people developing the product itself would rather spend taking making a great product as opposed to pinning pins on Pinterest all day long.

There is a lot more to being a VA than just social media, though. I found Kayla Sloan’s list of VA services to be great information. You do have to provide an email to get the list, but I felt it was worth doing so.

…hopefully, it doesn’t. But I know for a fact that some people have, let’s just say…more stuff in their homes than they need. And while a lot of that stuff might be junk, some of it might be worth something!

Of course, you might have no idea what to sell. Obviously, no one wants most of the junk you see in the GIF above, but what do people want?

Luckily, there are already posts out there to give you ideas for what extra stuff you can actually sell.

According to USA Today, the average American household has a gargantuan $137,063 in debt. And this article uses 2017 figures. Pretty crazy stuff and debt is one of the single biggest obstacles when it comes to improving your finances.

If you put a few of the above ideas into action, though, you should be able to pay down some of your debt. I like to use Personal Capital to manage my net worth. Although I’ve managed to repay all my debt, Personal Capital can track debt as well.

And paying down debt is absolutely critical. Some forms of debt such as mortgages do give us a daily benefit (like having a place to live!). But still, that doesn’t change the fact that you’ll never get that interest back.

Interested in Personal Capital? This is a great tool for managing your net worth, so they are definitely worth a look.

Thus, the faster you pay down debt, the better.

Ready To Get Financially Healthy?

These are just a few ideas to get you started, but the above point about paying down debt is probably the most critical. After that, frugal living is always a good idea.

The biggest issue with that is that paying down debt requires cash – which you may not have, especially if you’re already in debt.

Indeed, it’s a bit of a catch-22, but I believe that if you can increase your income, you’ll be on your way to getting financially healthy!