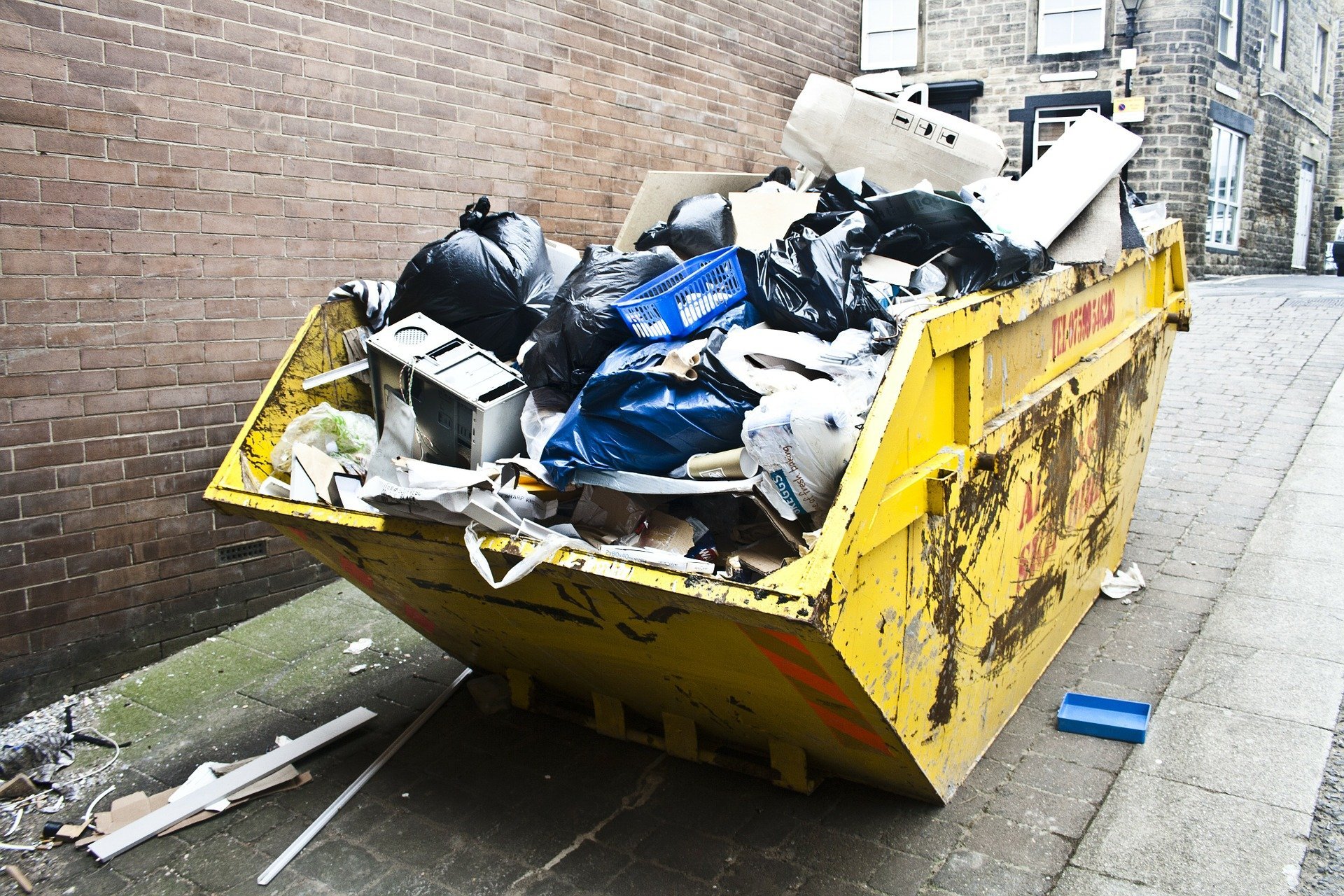 In a recent post, I discussed the idea that frugal living isn’t everything. This is more or less synonymous with being a penny pincher. In other words, being frugal can help optimize your life, but it has its limitations.

And even though this sort of post seems counter-intuitive to what this blog is all about, I’m going to expound upon this idea. Only this time, I’ll take it in a slightly different direction.

But first, let me tell you what gave me my inspiration for this particular post.

I was perusing Facebook, as I often do. Nowadays, my feed shows me a lot of posts from groups related to travel hacking and financial independence. Which is great, by the way, since those are two of my main interests nowadays. It’s great that Ashley got a new cat or whatever, but I am almost always thinking about finance or travel-related things.

Anyway, I recently stumbled across a post from a woman saying she was disappointed because the hotel where she was staying didn’t have any travel-size shampoo/soap bottles for her to “steal.” What a great way to be a penny pincher, huh?

Several people in the group chimed in, saying that all those little bottles are bad for the environment. I would say they are right, but then someone made a comment that really resonated with me. He said that the few dollars those shampoo bottles would save him are more to him important than preserving the environment.

Now, I’m not trying to hide the fact that I am in pro-sustainable living. I’ve written about it before. So while I may be biased, I think it’s a bit outlandish to suggest that saving a few dollars is more important than preserving our environment.

Related: Leasing A Car Vs. Buying, And My Green Initiative

Yes, being a penny pincher can give your finances a (very small) boost. But does pinching pennies ever become irresponsible? And if so, where do we draw that line?

Don’t Be an Irresponsible Penny Pincher

You probably could have guessed, based on the example above, that this would be my first point. Disagree with me if you will, but I have no qualms about standing firm on this one. If your actions are adversely affecting those around you, then you are no longer just being a penny pincher.

Of course, with environmental concerns, it can get a little tricky. This is especially so in the US, where many of us don’t immediately see the effects of over-consumption. This is in stark contrast to countries like India, where the air quality is so bad as to be unhealthy.

But take Styrofoam, for example. We use it all the time here in the United States. And you may have heard that Styrofoam never biodegrades. Technically that isn’t totally correct; it’s just that no one has witnessed a piece of Styrofoam biodegrade completely.

While not exactly ancient history, Styrofoam was originally invented in the 1940s. Given that none has biodegraded since then, it’s relatively safe to say it will be around for a while. Aside from that, though, estimates of how long it will be around can vary pretty widely. These estimates can range anywhere from a few years to one million.

Okay, so none of this is exactly decisive – I concede that much. But there is enough research about it to be relatively certain that Styrofoam is, well, pretty darn bad for the environment.

The bottom line with this point is that there is enough evidence to suggest that the current trends are unsustainable. Hence, I would consider excessive use of things like plastic and Styrofoam to be negatively affecting those around you.

Again, even if you don’t agree with me from a moral standpoint, there is enough evidence to support the idea that this planet is creating a level of waste that we won’t be able to eliminate any time soon.

And if you ask me, that scenario is hardly worth saving a few bucks. Just do me a favor and think twice the next time you steal shampoo bottles from your favorite hotel.

Is being a penny pincher really worth potentially sacrificing future generations? Personally, I don’t think so.

Don’t Sacrifice Yourself to Be a Penny Pincher

Another topic of discussion I see frequently is people asking how they can be a penny pincher while still eating healthy. To a certain extent, it makes sense for us to think that eating healthy is more expensive than eating unhealthy. After all, you will probably spend less money eating at McDonald’s or Wendy’s than you will when you eat somewhere like Panera Bread.

However, there’s one key difference between McDonald’s and Wendy’s as opposed to Panera: both of the first two are on the list of the top 10 biggest fast food chains in the US. Why does that matter? Well, this allows them to have a large sales volume, which is common for chains that have narrow profit margins.

And it turns out that McDonald’s profit margin is only about 25% on their sandwiches. Of course, it’s much higher on drinks, but still – McDonald’s is basically the Walmart of fast food chains.

So while McDonald’s is often cheaper than healthier chains, consider the fact that this could be because their profit margins are lower, and not because unhealthy food is cheaper. Obviously, there will be exceptions, but it’s something to think about.

The best way to avoid this whole situation? Prepare food at home. A favorite store among “frugal weirdos” is Aldi, but there are many stores that favor the penny pincher.

There are lots of ways to prepare food yourself without spending a ton. As such, there are a lot of articles that cover this very idea, like this one, for example.

Bottom line: although unhealthy food may seem cheaper, that isn’t always the case. Don’t destroy your health simply because you think it’s saving you money.

How many stories have you heard about someone who tried to replace a toilet to save money, botched the project, and ended up having to hire someone anyway?

DIY is a common theme in the FI community.

When it comes to DIY, though, I would recommend using your best judgment. If it’s something like a craft, which doesn’t need to be totally perfect, DIY is a great idea. On the other hand, if you are dealing with a major project, such as remodeling your bathroom, you may want to seek the help of a professional.

Of course, you could always research the subject and see if it seems like something you can handle on your own. It always may help to read comments from “real” people to see how their experience was.

But, again, when in doubt, it might be better to consult a professional on major projects that need to be done right. If not, they could end up costing more in the end.

You aren’t being a penny pincher if you end up spending a ton due to a botched project.

We all have things we enjoy doing. Some of them cost more than others, but just about every hobby or form of entertainment will have some cost associated with it. Personally, I enjoy live music.

I do sometimes try to limit how many shows I attend due to the cost factor. Honestly, though, I’m not sure I would recommend this! FI is not about depriving yourself. It is not about cutting everything you enjoy just because it costs money.

Instead, it’s about optimizing your life and cutting out expenses that aren’t necessary. Think paying for full coverage on an old car or living in a house you can’t afford and don’t really need.

If you can eliminate those things, you are on the right path. But don’t eliminate something you love just because it costs money.

That’s not being a penny pincher. That’s being cheap.

It’s one thing if you can’t afford it; it’s a whole other thing if you are cutting it just because it has a price tag.

Optimization Is What’s Most Important

In closing, I’d like to remind you that, again, optimizing your life, and your finances, is what’s most important.

Don’t miss your daughter’s play because it would require you to spend $20 on a bus ticket. That’s just a random example, obviously, but you get the idea. Don’t forget what’s important in life because you’d rather save a few bucks.

Don’t harm yourself, or others, just to pinch a few pennies. Sometimes, it’s worth spending those few extra dollars. Yes, what is “worth it” is inherently subjective, to a degree. But try to think about the bigger picture; try to look beyond just yourself.

If you are making the world a worse place instead of a better one, maybe think twice about stealing those shampoo bottles from the hotel. Sometimes it just isn’t worth it.