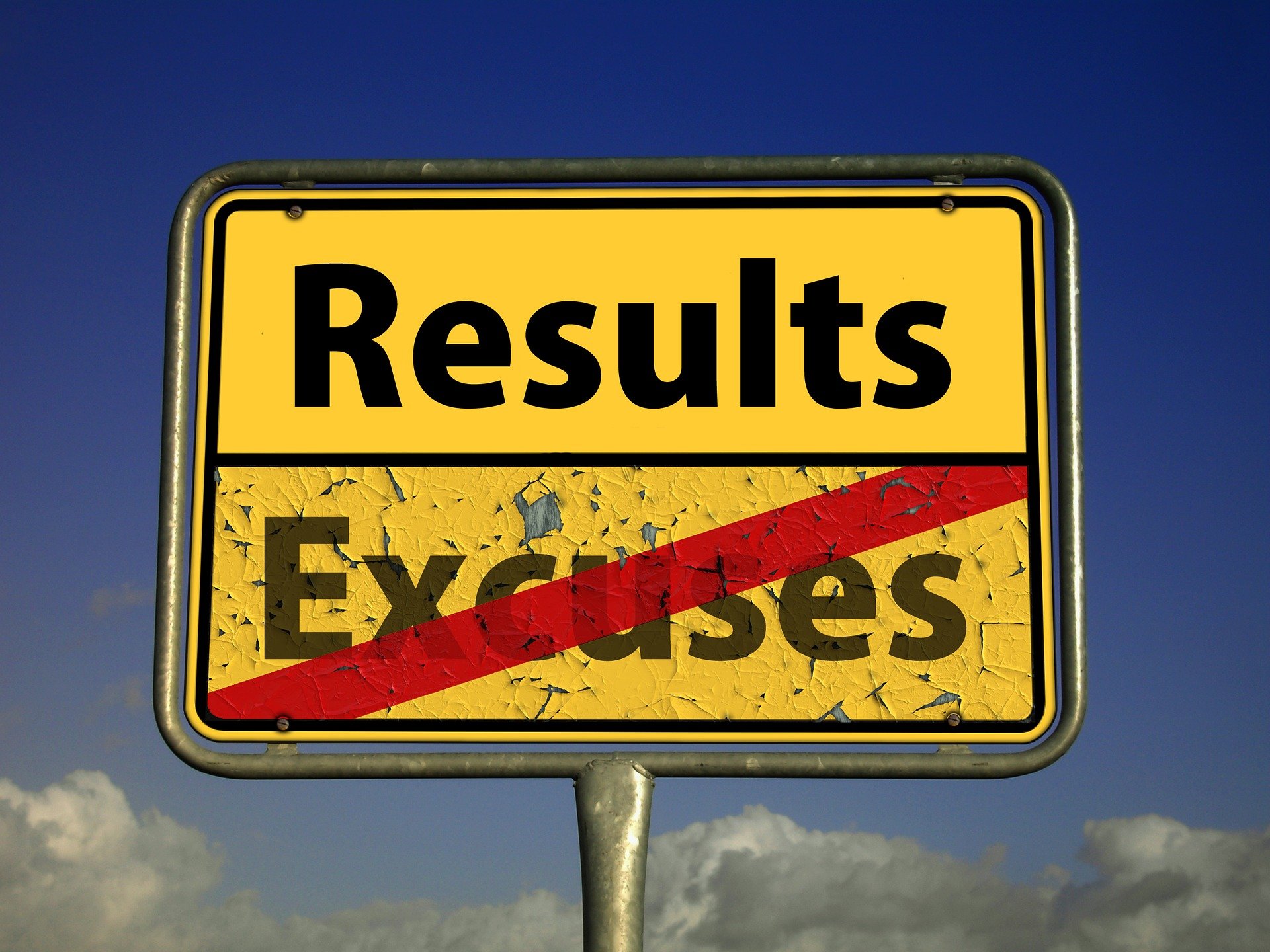 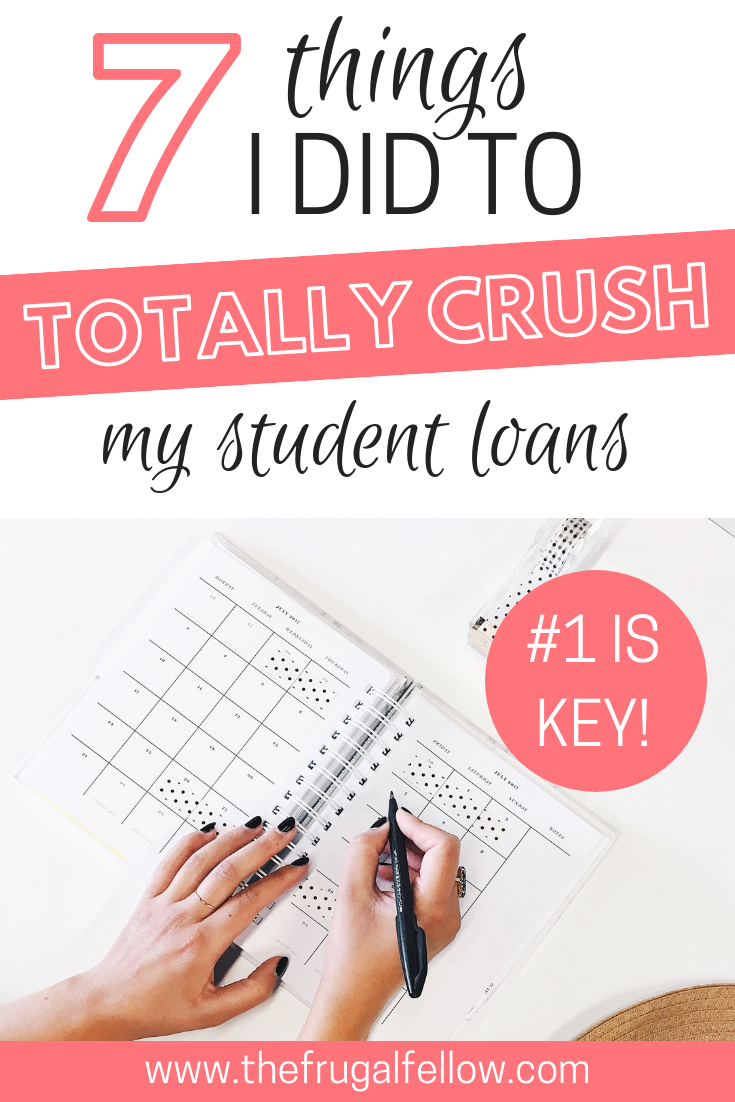 As of Q1 2019, Americans owe 1.48 trillion dollars toward student loans, surpassing even credit card debt, by $620 billion. Many of those debtors are my age – and many are much older, even.

That’s a really big deal because that is money we aren’t using to invest in our own futures and we aren’t spending on things like houses and cars. The bottom line is we just aren’t helping the economy grow as much as we could if we didn’t have so much debt.

We aren’t bolstering the economy, and we aren’t creating a better future for ourselves or for our families.

And these problems are not going to go away just by paying down debt we’ve already incurred.

Nevertheless, paying down debt can go a long way. So, for now, I want to get into the steps I personally took to help me eliminate my debt faster. That said, here is a look of some of the smartest ways to pay off student loans:

1. Refinancing Student Loans is One Creative Way to Pay Them Off

I personally went with SoFi for my student loan refinancing. When I did so, I needed my Bank of America routing number.

My experience with them was excellent; the application process was seamless. Within a few days, they had my student loans transferred over.

I briefly mentioned refinancing in one of my first posts. That’s because it was a huge help.

Less than one third! Refinancing is definitely one of the smartest ways to pay off student loans.

And if you use my link, you'll get a $100 credit when you refinance. So not only will you save a TON on student loan payments, but you'll get free money just for joining. Double savings - score!

In some cases, you may be able to take advantage of an income-driven repayment (IDR) plan, though it should be noted that this only applies to federal student loans.

The particular type of loans I was dealing with actually weren’t even eligible for IDR. That’s because they were Direct Parent PLUS Loans. This means they were in my parents’ name, so, technically, they were their loans, based on their income levels.

But since the loans were for my education, why should they keep paying for them? That was my thought, so I began to pay for the loans myself.

The biggest problem? The terms of the loan were just unmanageable. In addition to having a crazy interest rate of 7.8%, the minimum monthly payment was, if I recall correctly, $975.

Now, I don’t know the terms of everyone else’s loans, but I know that those terms are kind of absurd. All that, added to the fact that I was making under $40,000 right out of college, made me decide to look into refinancing.

The result? My minimum payments were reduced to under $300, at about 5% interest. What an improvement!

That said, SoFi does not approve everyone. I have heard of cases in where they don’t. Student Loan Hero has a list of banks that offer student loan refinancing as well, in case they don’t approve you.

Frankly, I’m a little surprised I even have to make this point, but based on things I’ve heard, it seems many people go to college – just for undergrad – for five years, or perhaps even longer.

The dangers of this can vary greatly, primarily depending on how expensive college is for you. If you can somehow manage for go to college for cheap, or even free, then, of course, going for more than four years may not make a huge difference.

But for me, college was most certainly not cheap.

And guess what else? I was indecisive heading into it. I changed my major from English to IT after freshman year and had some credits that wouldn’t transfer. Not only that, but I wasn’t the best in school and ended up having to re-take two classes (darn you, Accounting and Calculus!).

Yet, despite all that, I still graduated in four years. I did several 18-credit semesters and even took a class over the summer once. Long story short, I highly advise you to graduate in no more than four years, if at all possible.

Now, the extent to which this is a possibility for you will probably vary by industry. Personally, I have been fortunate in that IT has a lot of opportunities for certifications and other continuing education.

I am always looking for these, and currently, I have three certifications that directly apply to my job.

I cannot possibly cover every industry here, but I know that medical professionals have these, plus teachers, and many other professions. So I would definitely recommend looking into them, and in particular, look into whether they can increase your market value before making a decision.

Remember this: the more you can increase your worth, the more bargaining power you have in determining your salary.

Need I say more? I’m not going to go into much depth with this one; it’s a no-brainer. Going from having a $320 car payment (or whatever yours may be) to have a $0 car payment is instant cash that can be put toward student loans, retirement plans – or both.

You may not think of this as a way to pay off student loans which is why it’s one of the more creative ways.

Sure, this may not be the “cool” thing to do. And if your parents charge you rent for living with them,  I don’t know if that even counts.

But I did it, and I couldn’t be gladder.

Honestly, I wasn’t as grateful for this at the time as I am now, but yes, my parents allowed me to live with them rent-free for four years after college. Since I wasn’t making very much at first, that was a huge help, especially since I still had money to put toward those pesky loans during that time.

Seriously, if this is at all an option for you, just do it. I promise you won’t regret it!

With this one, I will admit that I probably didn’t do the best I could have. However, it is still good advice in general.

What I mean when I say I could have done better is that the money I earned from those part-time jobs was just spending money. I don’t recall ever paying off any of my debt at all.

Of course, my parents weren’t sending me money or anything, so I would have needed spending money anyway. Still, I feel like I could have worked a few more hours, or been more frugal back then.

See, at the time, financial independence was a completely foreign concept to me. Like many college students, the thought of retirement was so far off that it just wasn’t a concern. But if you can manage to pay for college – or at least some of it – while still there, you are already headed in the right direction.

Refuse to Fully Participate in Our Culture of Consumerism

This one might be an unpopular idea, because people may think of it as not having a social life.

But that’s not what this is.

I have been reading/listening to a lot about opportunity cost, and I think that is the best way to think about it.

In other words, that movie ticket you just bought, or that $6 beer you just paid for – that represents forgoing the ability to put that money toward realizing your financial independence.

If that is really worth it to you, great! But for me – most of the time – it wasn’t. I wanted to reach financial independence sooner. Again, that’s not to say I would never partake in those things. I just did them less.

Also, why not drink a few beers with your friends around a campfire? Or watch a movie at a friend’s place? That’s much cheaper than going out, and you still get what matters most: spending time with the people you care about.

And there you have it – the smartest ways to pay off student loans. Hopefully, this inspired you and maybe gave you an idea or two. $1.48 trillion is a completely insane number – but together, we can crush it! 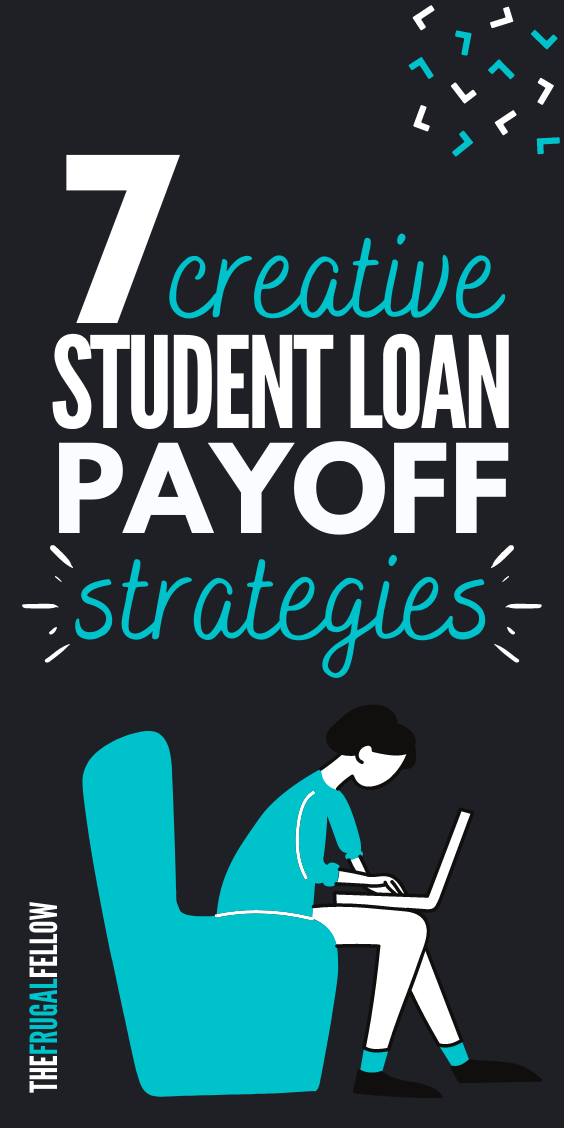 Federal Student Aid: How Much Does it Actually Help?

Is Free College Tuition Possible in the US?