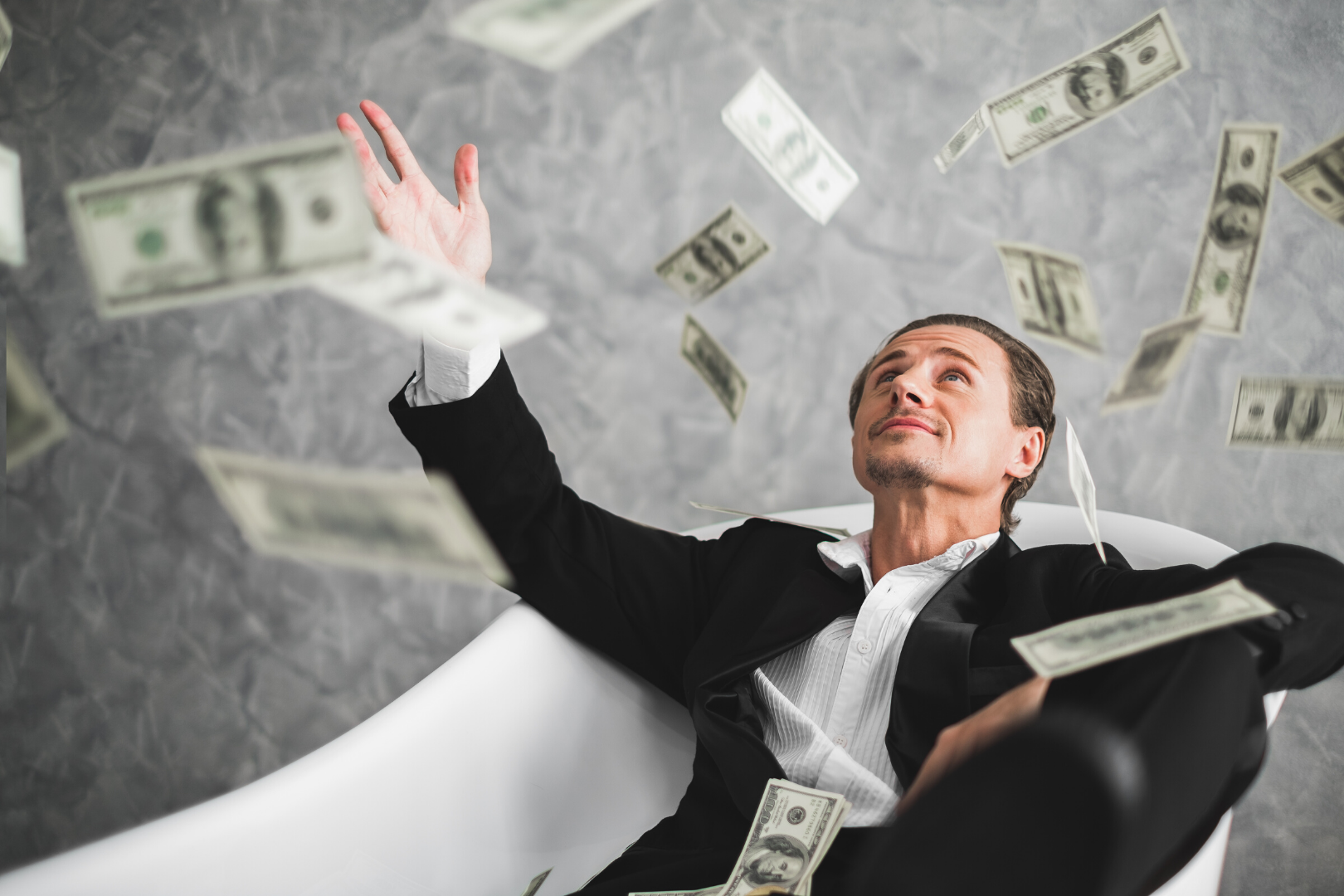 If you think millionaires giving away money sounds like a fairytale, you’re in for a surprise. The reasons they do so are many, but the move isn’t exactly shrouded in mystery.

In fact, there are actually some sensible reasons for giving away money.

Why Are Rich People Giving Away Money?

Without a proper understanding of the reasoning, you might think they are giving money away out of the goodness of their hearts. While there could be some truth to that assumption, the reality is that there is often something in it for them.

One way giving away money can be beneficial to rich people is the big headlines it garners.

This is not to diminish the positive impact that donations like this can have on the beneficiaries’ lives, but understand that it can certainly benefit the donors, too.

Nevertheless, we can’t ignore the fact that billionaires often do get press from larger donations, and it’s harder not to wonder if they are hoping to get attention for it.

Yes, that’s right: you can write off charitable donations on your tax return. That means they can reduce taxable income, potentially lowering the total tax bill.

In other words, these donations can actually be beneficial for millionaires, even from a purely financial standpoint.

Although millionaires and billionaires sometimes give away money for their own benefit, that isn’t necessarily always the case. These donations can make a positive impact, and why wouldn’t they want that?

Whether you want to believe it or not, some rich people do just want to solve problems in the world. Some of them may have wanted to help solve those problems for years but didn’t have the financial means.

Once they get to that point, they really do want to make a positive impact. And many of them do just that.

So, who are some of the notable rich guys who have given money away? In this list, we’ll take a look at a few of them, how much they gave away, and why.

Who to start with other than Bill Gates. The amount Gates has given away is astounding.

Bill’s wife, Melinda, has been a big part of it as well. And, of course, they have the Bill & Melinda Gates Foundation.

Despite the work of the foundation, though, the couple has between given away a whopping $36 billion. And that figure is just as of 2018. They have likely given more since.

Gates (and others on this list) have signed the Giving Pledge, wherein they pledged to give back more than half their wealth.

One could certainly argue that those who have signed this pledge have greater aspirations than self-promotion or tax breaks in mind. And now that the Gates Foundation is tackling pressing global problems, that does seem to be the case.

Warren Buffett has certainly had his share of charitable contributions. Buffett made his fortune primarily through investing prowess.

But since amassing a net worth over $80 billion, Buffett has joined the ranks of those signing the Giving Pledge.

To date, Buffett has donated at least $34 billion, which includes gifts of $3.6 billion and $3.4 billion – both gifts going to the same charities.

If you are an American, it’s possible you aren’t familiar with Li Ka-shing. However, he is #3 on the list of highest charitable contributions, behind only Gates and Buffett.

Hong Kong-based Ka-shing is the senior advisor for CK Hutchinson Holdings, a business conglomerate with stakes in several notable companies.

Ka-shing is worth over $29 billion and is currently the 30th richest person in the world. That makes his $10.7 billion donated quite significant compared to his net worth.

At age 91, Ka-shing is retired, but his philanthropy continues. He has given money to build various research and university buildings. Some of that money has gone to natural disaster relief efforts, among other causes.

Just behind Ka-shing on the list of philanthropists in terms of money given is Andrew Carnegie. #4 on this list is an impressive place for Carnegie given that he died in 1919.

That money went toward many causes but had a heavy focus on education. It helped build over 2,500 libraries, helped found Carnegie Mellon University, and established the Carnegie Foundation.

While some viewed Carnegie’s accumulation of massive wealth in a negative way, he did largely quite the naysayers with his philanthropy.

We’ve talked about the former CEO of Microsoft; now let’s take a look at the current CEO of Apple and his philanthropic aspirations.

I have not been able to find the exact amount Cook has donated, but one thing is for sure: it’s quite a bit. Back in 2012, Cook donated over $100 million to Standford Health Care and to Project RED, which helps combat communicable diseases.

Cook has also made numerous seven-figure donations, mostly in the form of Apple Stock.

He has also pledged to donate the entirety of his $800 million before he dies.

And you probably remember because it was all over the news.

One reason it was all over the news is that the move was seen as a bit controversial. But that is beside the point.

Personally, I had actually never heard of Robert F. Smith before this happened. And I’m sure I am not alone!

They say there’s no such thing as bad press, and Smith got rich by investing and by being CEO of Vista Equity Partners.

Even though Smith was only in the limelight for a brief time, that publicity likely benefitted him by way of new business ventures. And this is not uncommon among supposedly generous billionaires.

Smith also donated $2.5 million to the Prostate Cancer Foundation, $1 million to the Cultural Performance Center at the Denny Farrell Riverbank State Park in Harlem, and $1.5 million to Morehouse College (prior to the $34 million pledge).

Some people might think that millionaires and billionaires are greedy. After all, they didn’t get rich by wasting money, did they?

And, of course, some of these wealthy people genuinely want to make a positive impact in the world. The unfortunate reality is that it can be hard to make a significant difference without money.

But, without money, doing so may have been impossible without cash flow.

Whatever the reason for each individual, billionaires have plenty of reasons to give away their money.

And some of those reasons may make more sense you initially thought.