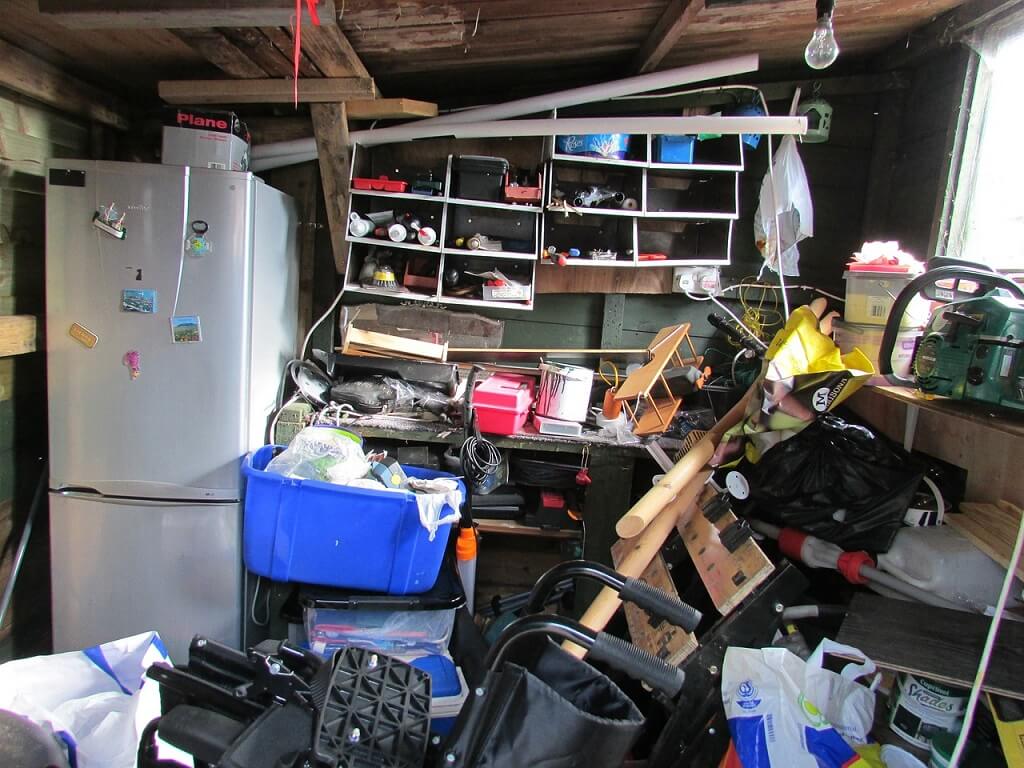 Lately, I’ve been hearing a lot about the Marie Kondo Method.

Marie Kondo is an organizing consultant who invented the method. It’s also sometimes known as the KonMari Method.

This new trend, plus growing environmental concerns, have really had me thinking.

The thing is, so much of what we do comes down to conditioning. We’ve been conditioned to think that if we’ve had something for a while, it needs replacing. Whether that item is actually broken is irrelevant.

Except for, of course, the fact that it’s old. And you can’t be caught dead hoarding a bunch of old junk!

Well, thanks to the Marie Kondo Method, this dilemma we’ve all been conditioned to have may become less significant. Many people are simplifying their lives, and with good reason.

First, let’s take a look at how we got here.

The 20th Century: The Precursor to the Marie Kondo Method

It was in the 20th century that consumerism really exploded here in the US. Every city and town had a selection of shopping malls and department stores. The rise of the television made advertising pervasive.

If you wanted to be a “normal” American, you needed a ton of stuff.

I’ve often heard my parents talk about how, in the 1950s, there were far fewer cars per household. Even in a household of four or five people, it was typical for there to be only one car. It was the “family car.”

No, it’s not that public transportation was better back then. In fact, it was in the ‘50s that people began flocking to suburban homes. Nevertheless, people just weren’t so car-dependent. It was not the norm that every person had to have their own car.

Fast-forward to today and most of us can’t imagine having to share a single car with three or four people.

One could argue there were many factors for this, but I would attribute it to the rise of consumerism. That, and our increasing desire for convenience and instant gratification.

All of these qualities are an incubator for pushing more stuff that you just “have” to have.

Out With the Old (Appliances), in with the New

Sure, that stove works perfectly fine, but don’t you want a new stainless steel one with the newest features? Of course you do!

So you discard the old one. But it’s very important that you discard that old appliance in an environmentally-friendly way. They should not be left for garbage collectors to pick up, for example.

If that happens, your old appliances will likely just sit and take up space, while emitting harmful chemicals.

There are many ways to get rid of old appliances in an eco-friendly way. For example, you might be able to donate them to GoodWill, the Salvation Army, or a local thrift store. From there, they can be repurposed or reused.

If all else fails, most cities have a recycling program that will accept your old appliances. From there, the metals and other reusable materials will be extracted from them.

The only question I would pose (and seems unclear based on research) is whether all of the materials can be reused. And, if not, is the remainder thrown in the landfill with the rest of the trash? This is one concern I have.

Overall, upgrading your appliances to newer is probably still good from an environmental standpoint. That’s because newer appliances will most likely be more energy-efficient than their older counterparts.

Going forward, though, improvements in efficiency may be less significant (a diminishing return of sorts). So, upgrading for the sake of efficiency will probably be less necessary in the decades ahead.

Time for the Marie Kondo Method!

Traditionally, the “American dream” has been to buy the two-story house with the white picket fence. And since you had such a big house, you needed lots of stuff to fill it up. That was, in a nutshell, what consumerism looked like in real life.

1950 sounds like such a long time ago. So much has changed since then. But let’s not forget that 1950 was only 70 years ago – less than the life expectancy in many countries.

And now, it seems the tide may be turning. Over the past several years, we have seen the rise of several movements going against the grain of traditional consumerism.

Now, more recently, we have the KonMari Method. This method is actually rather simple. The way that is works is you discard items by category (clothing, books, etc.).

The way you decide whether to discard an item is to ask yourself, “does this spark joy?” is no, you discard it. When you gone through all of the categories, you then organize the remaining items.

Clearly, the idea here is to eliminate all the clutter in our lives. So many of us have accumulated a bunch of stuff, and in reality, much of that stuff adds little value to our lives.

Times change. One of the driving forces of the rise of capitalism was the recovery from the Great Depression and World War II. The economy was beaten and battered in the late ‘40s, and people bought stuff to spur economic development.

Now that several decades have passed, and the economy has grown, such an economic stimulus is no longer needed.

Thus, it makes sense that many people are looking to pare down their things.

There is one major shortcoming I can see with the Marie Kondo Method. Okay, so someone on NPR may or may not have pointed this one out.

The problem? Many items we need and even use on a daily/weekly basis may not necessarily spark joy.

Think about your potato peeler or your garlic press. Do these items spark joy? Maybe…or maybe not. But that doesn’t mean you don’t use them!

There are some items we may need to keep even though they don’t spark joy. Thus, the Marie Kondo Method is used on things like clothing.

Thus, before using the Marie Kondo Method, I would ask another question. I think you need to ask whether it’s something you regularly use – or expect to use again.

Perhaps if the answer to that question is no, then maybe you ask whether it sparks joy.

Because, again, it doesn’t make sense to get rid of something you use regularly simply because it doesn’t spark joy.

All in all, the Marie Kondo Method does have a place in society today. With more and more people looking to declutter, it’s crucial to have an effective way to do so.

Post-WWII and Great Depression issues are no longer relevant in today’s society. These events justifiably remain in our history books, but things are different now.

No longer is it necessary to buy a bunch of American-made goods in order to bolster the economy. And this is why the Marie Kondo Method has come to be.

Not only is all that excess stuff expensive, but it also takes up precious space in our homes. This creates stress by constantly reminding us of its existence.

And if these items are neither useful nor do they spark joy as the Marie Kondo Method asks, then they likely aren’t worth keeping around.

Decluttering is important because it allows us to be happier and healthier. What are you doing to remove the clutter from your life?

Like it Or Not, We Need a Federal Gas Tax Increase

Leasing vs Buying a Car and My Green Initiative