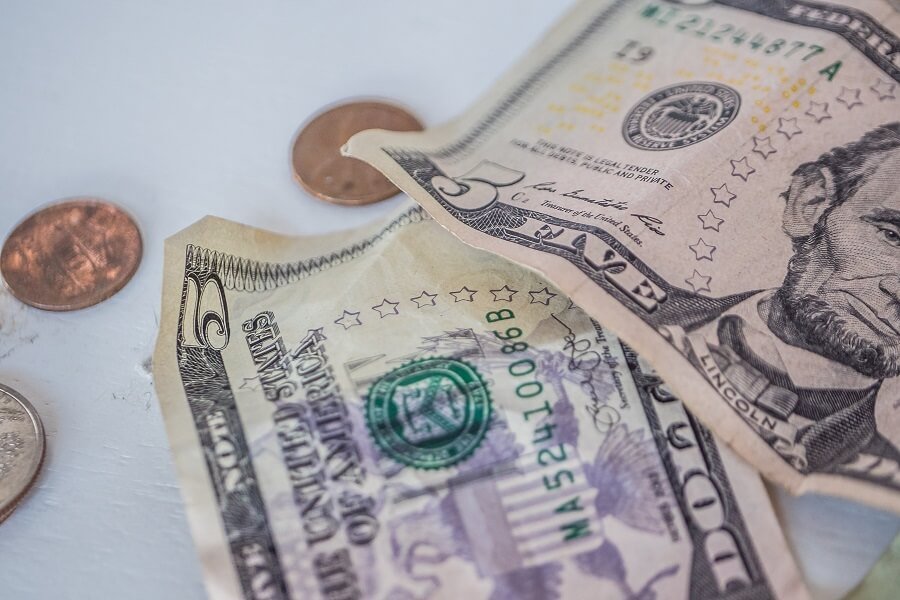 Although there are a lot of ways to make money online, you might think you’ve heard just about all of them. But there are probably a lot of apps you haven’t come across, and we’re looking at one of them today. In this Luck Day app review, we’ll look at whether this app is worth your time or just a scam.

First and foremost, I want to point out that this app should be treated as something to do for fun. It’s not a job and it is unlikely you will ever get rich playing it. If you want real online jobs from home, check out my post with a whole slew of them.

As long as you are looking at the Lucky Day app the right way and aren’t expecting to get rich, there’s not necessarily anything wrong with it. There are several ways to earn on the app (detailed below), but the main ways are scratchers, raffles, and lotto.

Notice I am being careful not to say you will earn money on the app. More on that later…

So, what are the ways to earn on Lucky Day and how do they work?

Ways to Earn on Lucky Day

As mentioned, there are numerous ways to rack up earnings on the Lucky Day app. Most of them are fairly straightforward and self-explanatory, but there are one or two things you should know about each of them.

The app adds more of these tickets every day to keep you entertained. I noticed that with most of the scratchers, I earned tokens rather than money – from 1,500 up to 150,000. I did earn $1 on one of them, though.

Raffles allow you to earn real cash prizes. I took a look through them and it looks like the prizes range from $500 up to $5,000. However, you can also win non-cash prizes such a month of free gas, groceries for a week, and seasonal prizes (Halloween treats, at the time of writing).

Like any raffle, you can “buy” more than one ticket to increase your chances of winning. You get one free raffle ticket per day. When you claim your ticket, you spin a wheel that award you with up to 10 tickets instead of just one.

So far, I haven’t won anything to verify the legitimacy of these cash prizes. Nevertheless, they would be a nice prize for almost. Plus, you get at least one free ticket per day, so you don’t necessarily have to spend any money.

You may or may not already be familiar with the idea of offers. All it really means is the app will ask you to complete certain tasks in exchange for some kind of payment. In this case, the payment appears to be tokens.

Most of the tasks you have to complete are to install apps such as games and rebate apps like Ibotta. I did, however, see one that supposedly lets you win a $1,000 Walmart gift card. Frankly, based on other offers I’ve seen, this sounds a bit fishy.

If you want to earn real cash for completing offers rather than tokens, I would recommend Swagbucks for this. My link earns a $10 bonus for joining if you haven’t already done so.

Pretty basic stuff here. Fill out a series of questions and be rewarded with tokens. The token amount for surveys goes up to 750,000, which is okay, but not great.

It’s worth noting that I usually have my Google Fi VPN active on my phone while on a wi-fi network; that was the case when I started taking surveys. However, when I tried to take a survey with my VPN active, I was shown a message that I can’t take surveys while on a “private network.” It worked fine once I turned the VPN off – even though I prefer to keep it on.

Tokens are not worth very much, so if you want a better payout for taking surveys, I recommend my post on surveys that pay cash instantly.

Nothing too unusual here. The company wants to grow its social media following and it’ll give you scratch-offs in exchange. That said, there are so many free ones that I’m not sure it’s worth doing. And pay-outs for these scratchers seem to be similar to all the others.

Not only that but I was able to scratch without linking or following. I simply hit my phone’s back button as it was trying to open the other app, and the ticket opened.

If you do decide to like/follow, though, the options are Facebook, Twitter, Instagram, and YouTube. I personally did not do this because I don’t feel that seeing a bunch of their ads is worth a few extra scratchers. And more importantly, I was able to scratch them off even though I didn’t like/follow.

This goes right along with liking and following their page. You earn free tokens in exchange for inviting your friends to download the app.

The reward for each friend who joins is 100,000 tokens. It will access your contacts in order to send referrals, though – just something to keep in mind.

Videos seem to be very similar to the ads on the app – 30-second clips that take up your entire screen. You get 1,000 tokens for watching them, which is a pretty minimal amount on this app.

I watched one video, then tried to go back and do so again, but it appears only one is available at a time. Thus, you won’t earn many tokens this way, but I suppose every bit helps.

There are quite a few ads on this app so be prepared for that. Every few scratchers I completed were followed by a 30-second ad. Also, you will sometimes see ads that are a bit intrusive.

For example, sometimes, the ads will be interactive and made to look like a game. You might be doing knife throwing or something and then see “claim prize.” Then it takes you to the app store to download some casino-esque game.

Just something to be aware of if you aren’t interested in downloading other apps.

As I’ve mentioned throughout this review, coins have a much lower value than you might expect if you’re new. To see the rewards you can claim with tokens, you go to the menu (“hamburger button,” as some like to call it) on the left side. Then you’ll see “Redeem Rewards.”

And yes, the rewards are quite small compared to the number of tokens. The exchange rates vary slightly, but it works out to about 1,000,000 per $1 (yes, that’s 1 million).

It looks like the prizes here range from $5 (cash value) to $25. If you manage to earn enough tokens to claim one, there are gift cards for retailers such as Adidas, Domino’s, and Panera Bread.

If you want to cash out with actual money, the minimum is $10. Winning real money isn’t something that happens all the time.

I did win $1 during my first day, but that was it. In addition, some people have claimed they weren’t able to cash out even when they hit $10.

I haven’t been able to verify this myself, but I wouldn’t be shocked if it were true. I guess I’ll have to keep playing in order to find out.

The Lucky Day app is owned and maintained by Lucky Day Entertainment. That tells you that either this is the company’s main/only product – or that this company is a subsidiary formed around this product.

According to the Better Business Bureau, they have been BBB-accredited since 2018 and have an A+ rating. They are based in Beverly Hills, CA.

According to its LinkedIn page, the company was founded in 2014 and has 11-15 employees. 45 of those employees are on LinkedIn, so you can actually view their profiles.

This seems to be a legitimate company despite the complaints some have “waged” against the app.

Is the Luck Day App Worth Playing?

The best answer I can give to this question is “it depends.” It’s rather unlikely you will earn any significant amount of money on this app. Some people have said they weren’t able to cash out with real money (unverified).

That said, it can be a fun way to pass the time if you aren’t expecting to get rich or anything. The scratchers are fun, and you can scratch them off without having that weird scratcher dust everywhere that you’d get with physical scratch-offs.

All in all, if you don’t expect to win much (or anything), this app can be a fun way to pass the time. Just beware of intrusive ads and it can be a good experience.

Have you tried the Lucky Day app? Do you love it or hate it? Let us know in the comments.

How to Sell Stuff on eBay to Make Extra Money