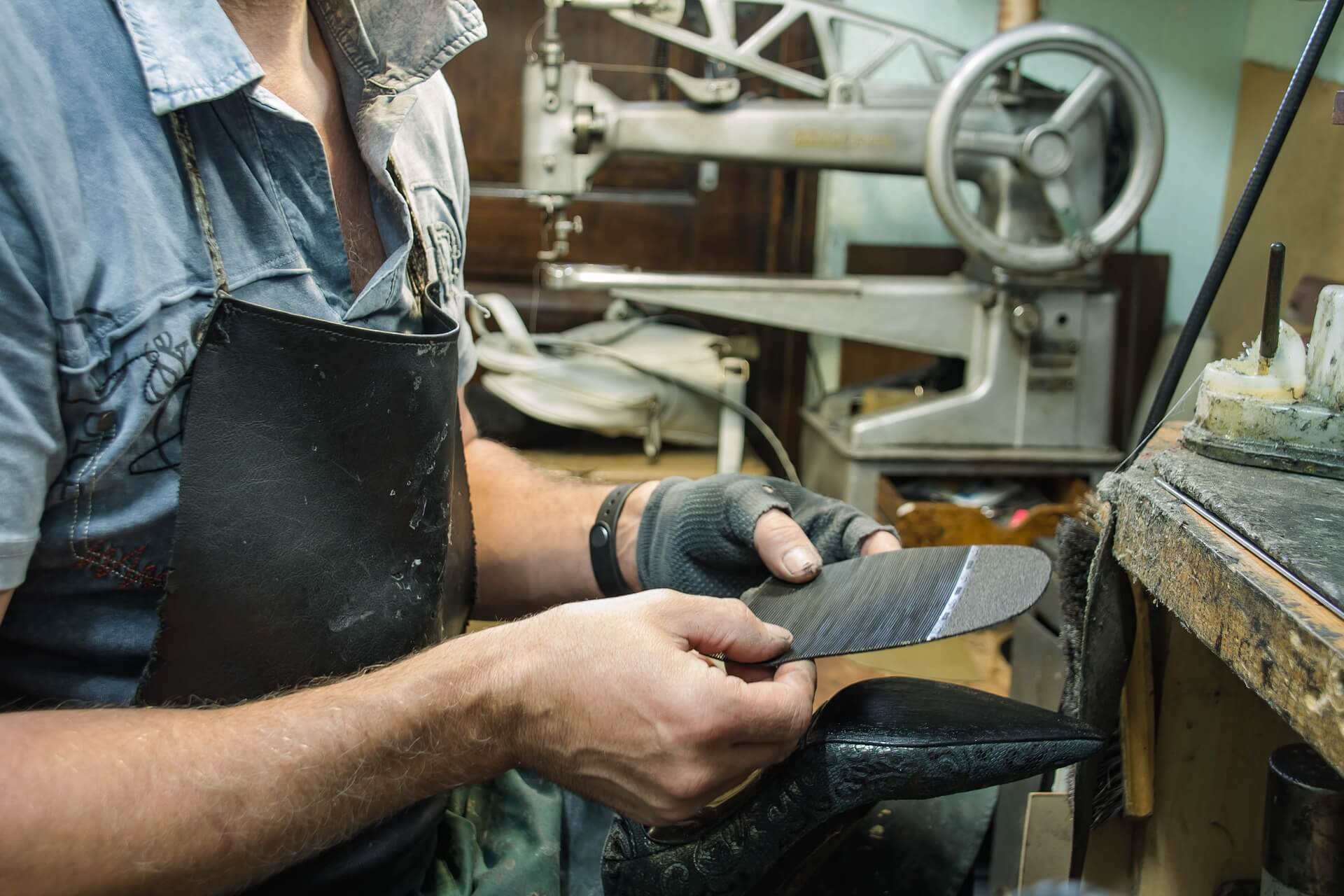 What do you do when you see the soles of your shoes starting to look worn? Do you take them to a shoe repair shop that will fix them for less? Or do you simply replace them? The latter is exactly what consumerism wants you to do.

Let me be the first to say I have never had a pair of shoes repaired. Though I do typically wear them until they nearly have holes in the bottom, I can’t say that I have ever gone the cheaper route. When they aren’t holding up anymore, I simply get new shoes.

I’m not alone, either. According to The State Journal Register, shoe repair shops are on the decline. There were 60,000 of them in the 1940s, but only about 7,000 remain today. That clearly suggests a dying trade, so it’s probably no coincidence that I have never used such a service.

I mean sure, it’s true that we can’t always repair shoes. In some cases, the soles are just too worn, or perhaps the outside of the shoe is so worn that they need to be replaced completely.

However, even in cases where we could bring our shoes to a repair shop, that isn’t happening. But why is that? Why is it that we would forego an option that is cheaper?

And it seems this shift also applies to even more basic things. For example, if a button rips away from one of my shirts, what do I do? I can tell what I have typically not done, and that is to bust out the needle and thread. Instead, I have typically just kind of ignored it.

My mother is much more handy with that sort of thing. Any time a button ripped off when I was younger, she would immediately sew it back into place. But I never learned that skill myself, and I don’t think I’m alone. YouTube videos can be hugely helpful in these cases, but it seems like a less natural right of passage nowadays.

It is definitely a complex issue that probably has multiple explanations, but I have a hunch as to one of them.

I mentioned above that shoe repair stores were at their peak in the 1940s, and today there are far fewer stores. Well, as I was developing a hypothesis of sorts, I couldn’t help but notice something interesting.

You know what was introduced in the 1940s, around the peak of the shoe repair shop? Give you a hint: Hot Pockets. Or how about Lean Cuisines? Your favorite soup, perhaps?

Of course, the microwave is the machine in question.

Sure, they didn’t start to really take off until the ’60s, but I couldn’t help but notice the parallel. Microwaves are the embodiment of instant gratification. Why spend what can sometimes be an entire day preparing food when instead you could have a meal ready in mere minutes? That’s instant gratification in its purest form. In a way, the microwave is the embodiment of consumerism.

Why is that? Well, instant gratification is the height of consumerism.

And nowadays, instant gratification is almost an obsession with our culture.

Even when it comes to things like ordering from Amazon. You may have to wait two days for a delivery, but you don’t have to venture out to hunt for the item at a store or several stores in some cases. Instead, you find the item online, and with one click, your item can be on its way!

So, could it be that our penchant for instant gratification precludes the patience needed to deal with getting your shoes repaired? Unfortunately, I don’t have the research to back this up, but I feel it is plausible at the very least.

Fast Fashion is All the Rage

Perhaps an even bigger contribution to the decline of shoe repair shops is fast fashion. This is a concept with which I was already familiar, but Budget Epicurean’s guest post at Tread Lightly, Retire Early pointed me to a post from Bitches Get Riches that explained it more in depth.

Even if it is to the detriment of the consumer, fast fashion is an integral part of a capitalist society.

Long story short, the idea here is to intentionally manufacture clothing using cheap materials that simply won’t last. At the same time, the fashion industry constantly introduces new “must have” fashion trends throughout the year. That means we always have something new to buy. And good thing, since your shirt will probably be falling apart after only a few months.

As Bitches Get Riches mentioned, fast fashion is not only harder on our wallets, but on the environment, too. It means that not only will we buy clothing more often, but we also discard the things we no longer need. A small amount of that could be recycled, but the majority of it won’t.

I am actually unsure as to whether this trend directly affects shoes. But even if it doesn’t, I would argue the precedence has been set. We simply replace our clothing more often nowadays.

So, we should just get rid of our old pairs of shoes, right? At least that is what fast fashion would like us to do. Who cares if they are still perfectly good?

After all, there is a brand new fashion trend out there, and you wouldn’t want to miss out.

What happened to patience?

All these conveniences are nice, but somewhere along the way, we seem to have lost the heartiness, the grit, the determination, and the unshakable patience of generations before.

As a result, we are less willing to deal with the seemingly huge hassle of having to bring our shoes to a repair shop. How long is this going to take? Do I need an appointment? And so on.

Indeed, it’s a bit more of a process than simply going to a store and picking up a brand new pair of shoes. But there is also a very good chance that a new pair of shoes will cost you more.

And because we are so used to our modern conveniences, do we really want to deal with the shoe repair shop, even if it’s cheaper? Probably not.

Consumerism: what can we do about it?

I mentioned YouTube videos earlier; I think those are a great start. The bottom line here is that I think we need to be sure life skills don’t become a lost art. If a button rips off of one of your shirts, you should know how to sew it on again.

I’ve mentioned before that I love thrift stores. I am mentioning them again here because you will inevitably have to replace your worn-out clothing at some point. Eventually, sewing on button won’t be good enough. Not only are the prices at thrift stores a fraction of what clothing stores charge, but they go against the whole idea of fast fashion.

Instead of buying into the cycle of consumerism, you opt for something much more cost-conscious. Win-win if you ask me.

Everyone should know basic cooking skills as well. I took a cooking class last year, and I am slowly teaching myself how to make some basic meals. Even that is better than going to restaurants every day. A recent favorite of mine is arepas.

And, of course, don’t be afraid to bring your shoes to a repair shop – assuming they aren’t too worn. Yes, that does mean keeping your shoes longer, and you don’t get to indulge in new ones all the time.

But is that really so important? Maybe it is in our consumerist culture, but that is what I am really challenging here. After all, spending more to buy into that culture is not very frugal. For me, that means putting off FI a little bit further.

And to me, that isn’t worth doing. Hopefully, I’m not the only one who feels that way.

Consumerism is not inherently bad, but it is if it’s killing your budget. So, let’s start to learn those life skills some of us have been missing.

Let us be more patient and not feel the need to walk into a store and replace every item that shows the slightest bit of wear. Don’t be afraid to visit your local shoe repair shop – if you still have one, of course.

I think it’s time to push back against the cycle of consumerism to which we have been routinely subjected. Let’s get to it.