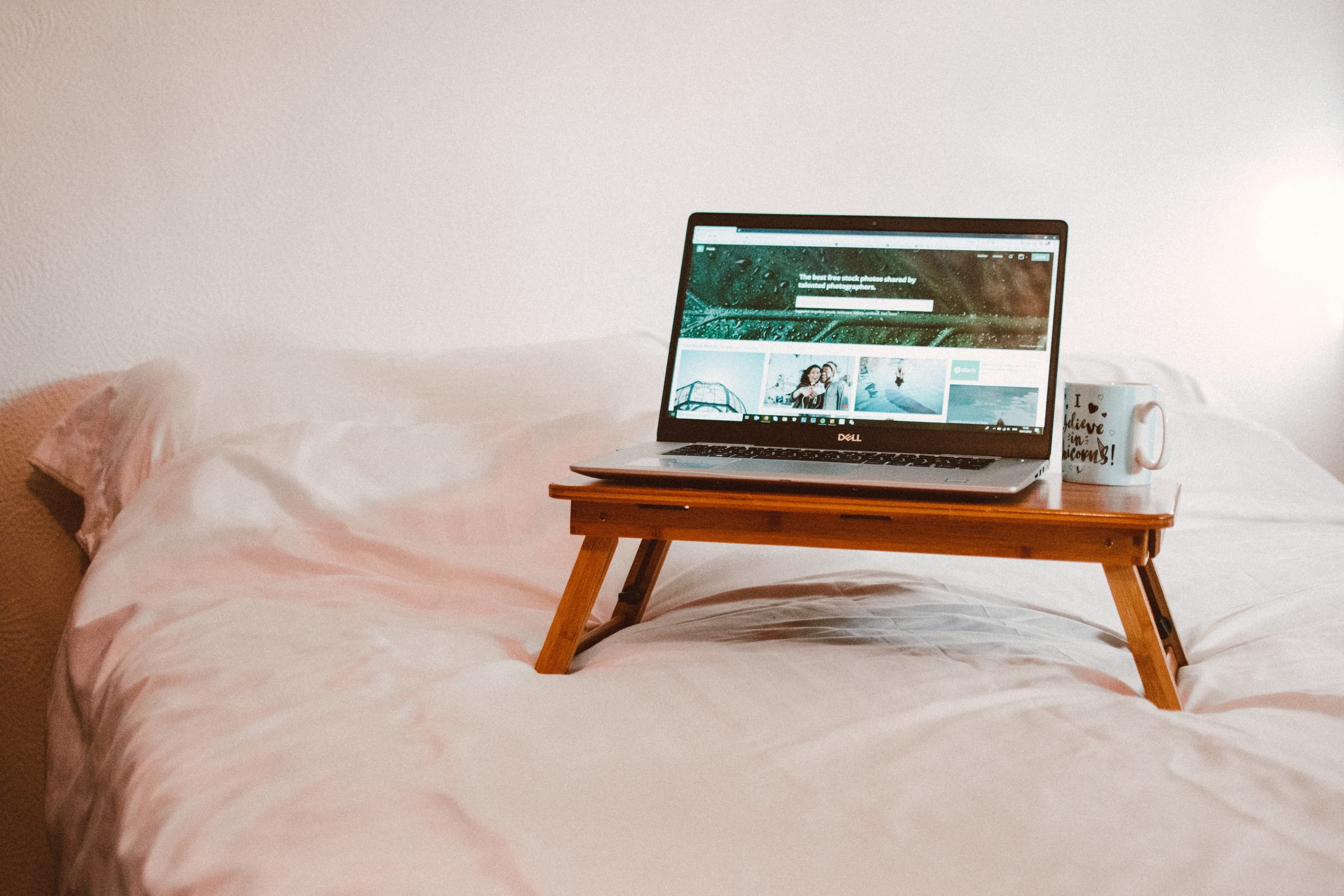 InboxDollars can be a fun way to make a bit of extra money. But is it really worth your time? This InboxDollars review will look to answer that question.

You might think, based on its name, that InboxDollars is all about receiving paid offers in your inbox. While that is part of the equation, there is much more to it than that.

You can also get paid for watching TV, taking surveys, and for shopping & cash offers.

InboxDollars is a site that pays you a bit for completing basic tasks. As such, it is similar to sites such as Swagbucks.

However, InboxDollars has been around a long, long time. How long? Well, it was founded in 2000. That makes it ancient by internet standards!

Although that seemingly makes it less likely to shut down overnight, it also begs the question of whether the site is still worth your time. We’ll address that in this review, too.

How to Make Money on InboxDollars

There are several ways to potentially make money:

Note that I said potentially make money. Nothing is really ever guaranteed. A prime example of this is the fact that you won’t qualify for every survey based on your demographics.

To be fair, though, this happens with most survey sites – not just InboxDollars.

Also, note that you get $5 for joining – but you need at least $30 to cash out, and that could take a long time to reach on this site.

In any case, let’s take a closer look at each of the ways to make money.

The first thing you’ll see at the top of your screen after you log in is the Offers tab. And, when you click this tab, it may look enticing initially:

However, when you look closer, you can see what’s really going on here. There are a couple of offers with pretty nice earnings amounts – like $40.

But then there are some with not-so-nice amounts – like 10 cents.

The difference? The ones that barely pay anything are surveys, while the ones that pay a good amount are signups for different services. In most cases, you’ll be signing up for some kind of paid service.

So that’s basically the gist of it. Get a tiny amount for completing surveys, or get a decent amount for signing up for a service. Again, the latter could a good deal if you find a service you want to join anyway.

Although there were some surveys mentioned in the Offers tab, there is a separate tab just dedicated to surveys. Needless to say, the bulk of the surveys will be found here.

As you can see, you won’t earn a ton for surveys here. At one point, I did have a survey that said it would pay $4.75, but it said it would need to access my webcam for “research purposes.”

Yeah, I don’t think too many people would agree to that prompt.

So, apparently, if you aren’t willing to have your privacy potentially invaded, you probably won’t earn much.

I mean, some of these say they take 15 minutes and pay 25 cents. At that rate, you’re looking at $1 and hour. Woohoo!

So, yes, survey earnings on InboxDollars are mostly pretty poor. But I guess you’ll still earn more than you would watching Netflix or some other cable TV alternative.

If you’re sick of surveys, you can always watch videos! But if you want to watch videos because you think you can earn more that way…yeah, I’ve got bad news.

It doesn’t say how long these videos are, but let’s say they were one minute each (which would be pretty short). Even then, you would still only earn $1/hour.

Oh, and I also saw one that said I could watch three videos and earn one cent. Whoopee!

Actually, to a certain degree, shopping actually is better.

While these cashback amounts aren’t necessarily amazing, I can at least say they are competitive with what you might see elsewhere.

I can’t say that with some of its other earnings methods, so anything that’s competitive is pretty good at this point. I even saw 10% cashback for a couple of sites.

Of course, the elephant in the room here is the fact that you aren’t earning money if you are spending it. Indeed. You’ll still have money going out overall here.

But if you plan to buy stuff from any of these stores, the shopping section could be a valuable resource regardless.

The coupons you’ll find here are not too bad. And in addition to the money you save when you redeem them, you earn an addition 1 cent per coupon printed through InboxDollars.

It’s not much, but it’s not bad if you find things you regularly buy. Plus, you don’t actually have to clip your coupons the way you did back in the day.

Note: I had to click the “Coupons not loading? Click here” link to get the coupons to print. Also, you must be able to receive an SMS verification in order to print coupons.

All in all, I would say coupons are worth a look since the time commitment is low and you might save a few bucks.

Given that I’m always looking for new ways to make money, the Easy Cash tab immediately piqued my interest.

Unfortunately…I shouldn’t have gotten my hopes up too much.

Why is that? Well, it turns out that there is very little difference between the Easy Cash tab and the Offers tab.

As you can see, these offers are quite similar to what we saw in Offers – including the painfully-low earnings for surveys.

Again, you may want to quickly look through here and see if there’s anything you were already thinking about joining. But you will also find more of the same. That is, the high earnings amounts here are mostly for paid products/services.

Yes, although things like surveys and offers are the main ways to earn on InboxDollars, there are a few extra ways as well.

Search is an interesting one. Basically, you search the web using a built-in search engine. As you complete searches, you’ll unlock scratch-off tickets that can have real money on them.

That said, I tried it and only won two cents and three cents. Nevertheless, it was kind of fun, I suppose.

I did try playing some games, but at the top of the Games section, there is a banner that says “Videos are the faster, easier way to earn cash.”

Well, videos barely earn anything…so that doesn’t bode well. I did try playing one game, but I didn’t earn anything, so I just moved on.

The last way to earn is by referring friends. When you refer someone, you get 30% of their lifetime earnings, which is…unusual.

Usually, you get a small, flat dollar amount for referrals. This way of doing it is a bit, erm…pyramid scheme-y.

But, anyway, it could be good if you really like InboxDollars, I presume.

I guess that depends on what you mean by “legit.” As you may have gathered from this InboxDollars review, much of the earnings amounts are quite poor.

For instance, you won’t earn much for taking surveys, playing games, or watching videos. Offers can be valuable, but only if you find a product you were already going to sign up for.

The only thing that seems like a decent deal is coupons. You can save a decent bit, plus earn up to 25 cents per day just for printing them out – when they already save you money.

So, InboxDollars is “legit” in the sense that it isn’t an outright scam. They aren’t trying to deceive anyone – you can see up-front the (rather low) amount you’ll earn taking surveys.

It’s just that are much better ways to make money online – even taking surveys. I would recommend checking out my list of online surveys if you want to find some better ones.

InboxDollars has a few decent things to offer, such as its coupons section. However, if your goal is to make money working from home, there are better ways to spend your time.

It seems as though this site may have been a decent way to spend your time when it was new, way back in 2000 (Y2K!). However, I find it tough to recommend given the pitifully low survey payouts.

Some users have also complained of spam to their inboxes that wouldn’t stop – even after they tried to unsubscribe.

If you try InboxDollars and have a better experience, please let me know. I actually hope maybe I am missing something here. 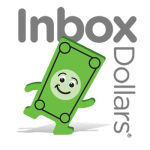 Why Fundrise and DiverseyFund Are the Next Big Things