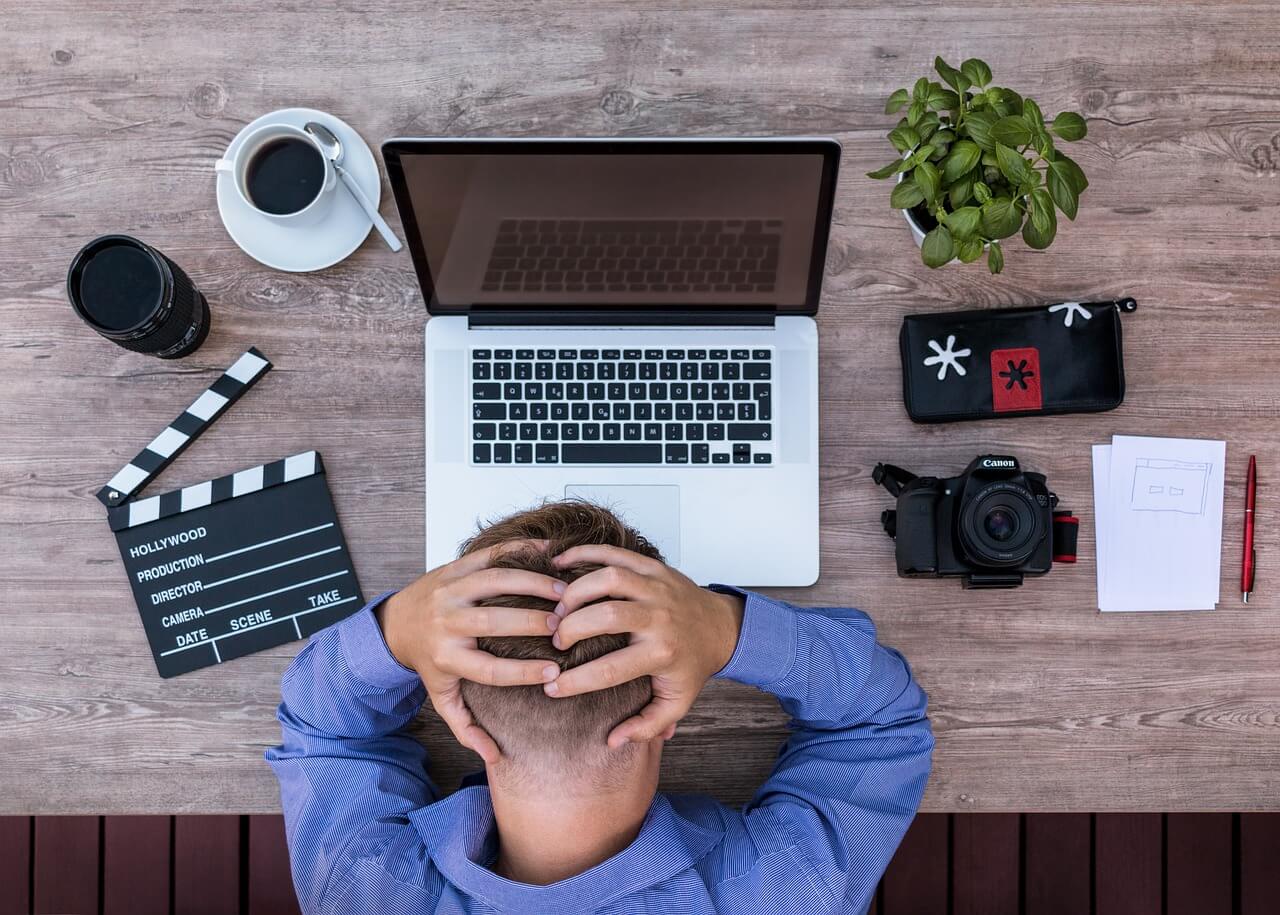 It was 10 a.m. on a Tuesday morning. Just an ordinary morning in late February; the weather was nice, albeit gloomy.

I walked into a conference room where my manager waited. This meeting was a weekly “checkpoint” where we would review a performance improvement plan.

I walked into the room knowing this meeting would not be necessary that day. Why not? Because by the time I left that room, I would have resigned my position.

If you want to know how to quit a job, I’m not sure this is the right way to do it. But it’s one way to do it. I quit my job without another one lined up. More on that later…

My Journey into – and Exodus from – the Corporate World

Here’s what you should know about me: I’m not always the most decisive person.  As a result, I entered college not really knowing what I wanted to do with my life.

I picked English as my major because I had become a bit of an English nerd in high school, and it was my best section on the ACT.

The problem is that nothing I’ve said here translates to good job opportunities. There isn’t a whole lot you can do with an English degree.

I knew I didn’t want to teach English, and being an author wasn’t exactly a dream of mine.

A Change of Pace

After freshman year, I knew I had a decision to make. I was attending a private university that cost quite a bit of money.  I would need a job that pays well.

So I thought about my interests.  My interests other than English, of course. I had always been a bit of a computer nerd as well. I used to mess around with things like Linux. I wasn’t exactly a computer “whiz,” but I’d say I was much more savvy with them than the average person.

I get bored easily so I loved just playing around with different operating systems to see how they work. I like to mix things up. Monotony is the bane of my existence. I also learned a lot about how different computer systems worked in the process.

My first computer was a mishmash of hand-me-down parts I managed to get my hands on at the age of 11. I took it apart and taught myself all the internal components and how they fit together.

I also knew that technology was a much better field in terms of job prospects. Plus, I would need to make good money to pay down those private education loans.

So, to start sophomore year, I switched to IT as my major.

From then until graduation, things went pretty well. I wasn’t the absolute best in school, either, but I still graduated in four years.

A career, or just a job?

Between the time I graduated from college and the time I left the corporate world, I bounced around between several jobs. I honestly don’t have any major complaints about most of them.

So, why did I change jobs so often?

The truth is that I was never really happy or satisfied in the corporate world. And not many people really are, but many seem to handle it better than I did. Plus, as I mentioned before, I just get bored easily.

I also hated the commute. Seriously. Loathed it. Not only that, but having to be in the office five days a week. My jobs have always been possible to do remotely, but physically being in the office was always required.

Of course, management always says it’s because being there leads to “better collaboration.” I suppose to an extent, they’re right…but I never fully bought that. I just think employers don’t trust their employees to be responsible and get  their work done.

I mean…we’re adults. We can handle work. And if you don’t trust us, why did you hire us?

Regardless, I was never happy with the whole experience. I pushed for higher salaries – with some degree of success. I tried switching to different jobs, with what I thought would be more interesting responsibilities. And I thought if I did all though, maybe it would get better.

Except it didn’t. I never stopped hating it.

Student Loans: (Partly) the Reason I Quit My Job

As I mentioned earlier, I attended a private university. This left me with nearly six figures in student loan debt – something I tend to mention quite a bit. But that is obviously because having that much debt is, well, a big deal.

Also as I mentioned earlier, that was one of my biggest reasons for wanting an IT job with a good salary. That would help me repay my student loans faster.

Well, in August of 2017 – shortly before starting this blog – I did just that. I finished repaying my student loans.

At that time, I didn’t plan to make any major changes. Part of me wanted to leave, but I knew I was nowhere near financial independence. So I figured would keep doing the traditional work thing indefinitely.

After all, that’s what middle-class people do, right?

That’s what I thought. Turns out, I couldn’t swing it. I just wasn’t happy and I was getting unhappier by the week.

And since my student loans were paid off, I no longer needed the level of income I needed before. Not to mention the fact that I will soon be moving from a 1 BR apartment to a house with roommates.

So, the reduced income needs in terms of supporting my monthly expenses plus my general unhappiness made this seem like the best course of action.

Oh yeah, and I was on the verge of getting fired, anyway.

I Quit My Job Without Another One!

The truth is that I had been having issues at work for a while. In fact, the first time things went awry was in December of 2017 – only a few months into the job.

However,  due to the complexity of the work environment, this wasn’t actually discovered until several months later – I believe it was in June of 2018.

But it didn’t stop there. I won’t bore you with the details – partly because I can’t remember all of them. Basically, I started being put through a series of disciplinary actions over the next several months.

And to be honest, it was probably me, at least to an extent. I just wasn’t happy. I was very close to the tipping point, and being in that kind of place makes focusing very difficult.

But I also think it was the job. I don’t feel I was trained as well as I should have been. Especially for someone who didn’t have prior experience at this type of job.

I did try expressing that concern at times, but not much changed.

So, on that Tuesday morning, I walked into the conference room and I quit my job. I couldn’t decide how I was going to quit, but eventually, I decided to just do it. I was done.

I couldn’t keep pretending to be happy and I was probably going to get fired anyway.

But I didn’t even want to let it get to that point. This job wasn’t where I wanted to be, so I had no real motivation to try to improve. It made sense to just move on.

The slightly crazy thing about all this is that I’m not really sure what’s next. Quitting your job without another one might seem a bit crazy, but that’s what I did.

I didn’t intend to do things this way.  As Grant Sabatier suggests in his new book, Financial Freedom, I intended to use my job as a “launch pad” into my non-traditional career.

Unfortunately, that didn’t happen, either. I would say it’s partly because of my indecisiveness, but it’s probably more because I’ve never done this before.

I would love to find clients for various freelance projects, but even that is difficult if not impossible if you don’t know what you’re doing. And sure, there are job boards, but those are either insanely competitive or the pay is insultingly low.

Although I don’t have an exact plan for what I am going to do now, the first thought is to start getting into freelance writing. I am going to intentionally put this off until I get back from Europe, though.

That way, I can enjoy the trip and then hit the ground running when I get back. I’ll be there from the last week in March until the second week in April.

Also per Grant’s advice, I am probably going to look into picking up as many income streams as possible. This is in part because what he says is true – more income streams = more financial security. But beyond that, I don’t currently have a single income stream that could come anywhere close to replacing a full-time income.

As a result, I may try getting into some SEO optimization projects. I know Grant said he did this as one of his side hustles, and it’s something I had already considered. The only thing is, again, finding clients can be a struggle.

And…of course, working on the blog. I’ve mentioned monetizing it here and there in the past. Due to no longer having a 9-5, I will be pushing more for that. I mentioned in my first anniversary post some of the ways I will make this more of a priority.

This is certainly not the last piece of the puzzle, but it is an important one.

I’ve never been the best at networking, but being a blogger has made me understand its true importance.

Why? Mostly because if someone reaches out to me for a collaboration, if I don’t know that person, I will not usually be very receptive to it. Why would I want to work with that guy if I don’t even know him…?

Oh. Right. If you turn that on its head, you see why I need to do a better job of networking.

And that will definitely be a push this year. I recently joined my local FinCon group and will be much more active with those events. I attended not one, but two book signings for Grant’s new book.

I’m not saying I expect any of these things to automatically lead to opportunities. But that’s not the point. It’s about building relationships. It’s about putting yourself out there and making yourself known. Then, maybe if you’re lucky, you’ll come to mind when that person comes across the right opportunity.

None of this is guaranteed, obviously, but it’s usually worth  building those relationships. So that’s what I am trying to do!

Wow, this post went on longer than I thought it would. I’m probably lucky if you’re still here!

For now, I will continue to work on this blog, and I’ll be hustling harder than ever before. After all, I’ve got nothing better to do, right? Well, other than traveling the world.

Unfortunately, that does require money – even if you can fly for free.

Who knows – I may even try some version of barista FIRE. But for now, I have to live frugally. 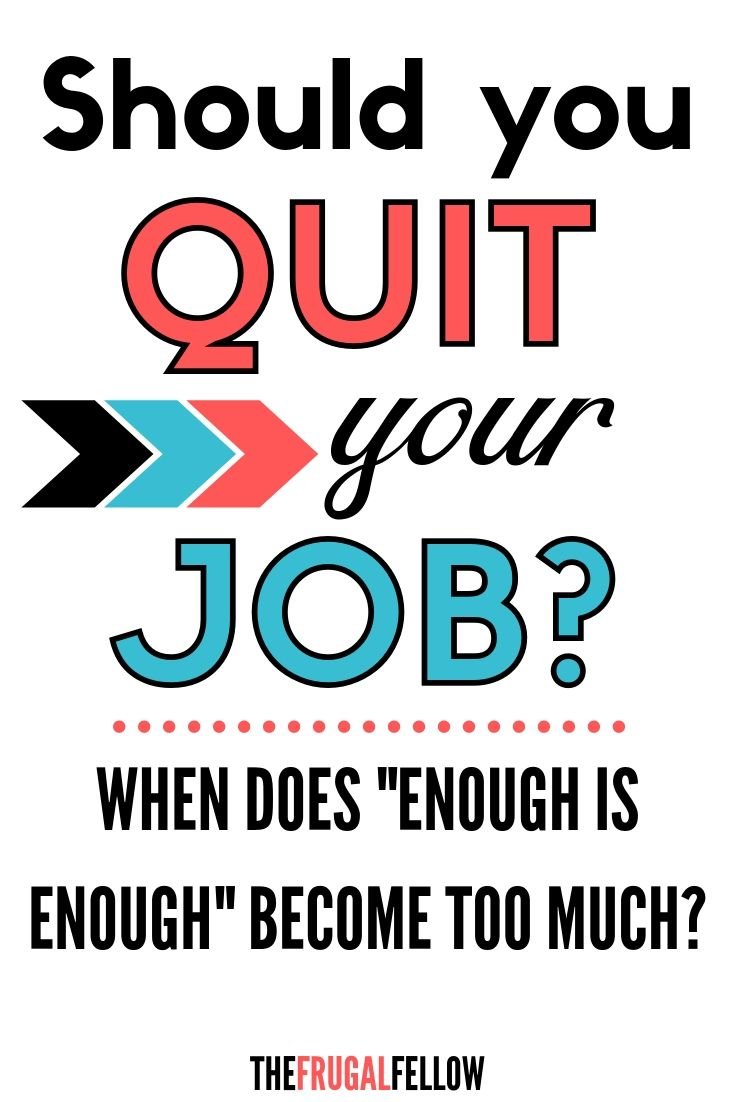