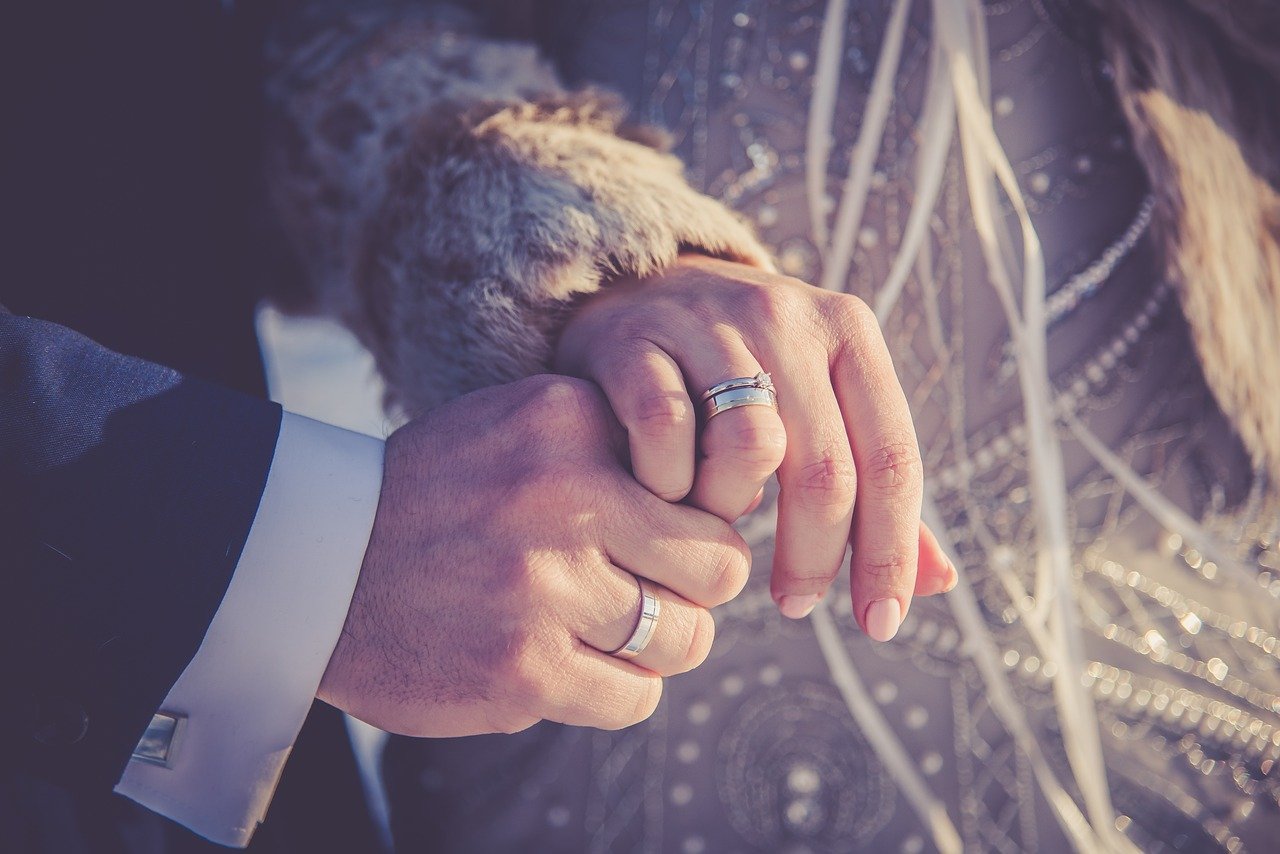 If you’re on the path to financial independence, a large part of that is probably determining how to spend less money. After all, reducing expenses has the potential to fast-track your path to FI.

But before I dive deeper into that concept, let me ask you a question…

How many women do you know who have a diamond ring?

It may seem like that question came out of nowhere, but bear with me.

I’m going to assume that even if you don’t know the exact number, you probably thought “a lot.”

Now, another question: why are diamonds so expensive?

I’m going to make another assumption: unless you already know where I’m going with this, you might think it’s because they are very rare.

But if diamonds are so rare, then why do you know so many women who have a diamond ring?

Let me clarify something here. I don’t have a problem with wedding rings.

But the reality is that diamonds – and by extension, wedding rings – have been subject to a certain degree of price fixing. That is what is an issue for me. The rings themselves are fine. “You do you,” as they say.

This term has been used before, typically to refer to mating rituals. Obviously, this is not a blog about ethology (wouldn’t that be fun?). Instead, I’m going to re-purpose the term to examine consumer behavior.

After all, we are conditioned to believe that diamonds are very rare. But if that is the case, then why is it that 80% of women get a diamond engagement ring?

I found this article particularly helpful in explaining the situation from a relatively objective standpoint.

It turns out that whether diamonds are rare is not as simple a question as it may seem. In reality, there are a lot of variables; namely, not all diamonds are created equally. They are of varying quality, and some of them may not be high quality enough to be donned atop a ring.

Nevertheless, much of the high price is the result of de Beers running an incredibly successful marketing campaign over the past several decades. We may think diamonds are rare, but the supply of them is actually much greater than the demand.

And when you think about it, that makes sense. How else would it be possible for these two facts to coexist:

Thus, what I am deeming “the wedding ring effect” is a company’s ability to massively inflate the perceived value of a commodity item. I am using diamonds as a sort of exhibit A, but this can happen in almost any industry.

The word perceived above is also very important. That’s because a certain company decided they were going to be valuable. Can you guess who? I’ll give you a hint: a diamond is forever.

Rings are not the only culprit

No, I’m not suggesting the guys out there should approach their significant others and tell them that diamond ring they’ve been wanting is a no go because they’re too expensive.

I can see that not going over very well, and my goal is definitely not here to be a homewrecker. I mostly used diamond rings as an example, as I said.

Here’s another example of something that is of course also very popular here in the US: trucks.

Look around while you are driving. When I do that, I rarely see the flatbeds in the back of pickup trucks full of a bunch of building materials. I would argue that in a lot of cases, it may be that those buying them do on the supposition that at some point, they will need them for their utility.

What I’m alluding to here is convenience. Indeed, Americans like convenience. You might need to transport a stack of 80-pound bags of concrete at some point. So why not buy a truck that will meet that need when it arises? Or at least that’s the idea.

I’m not trying to shame those who choose to make their buying decisions this way. The problem is this: the auto industry is not dumb. They know people like convenience. So they created entire ad campaigns around the utility of their trucks, all while hiking up the price. 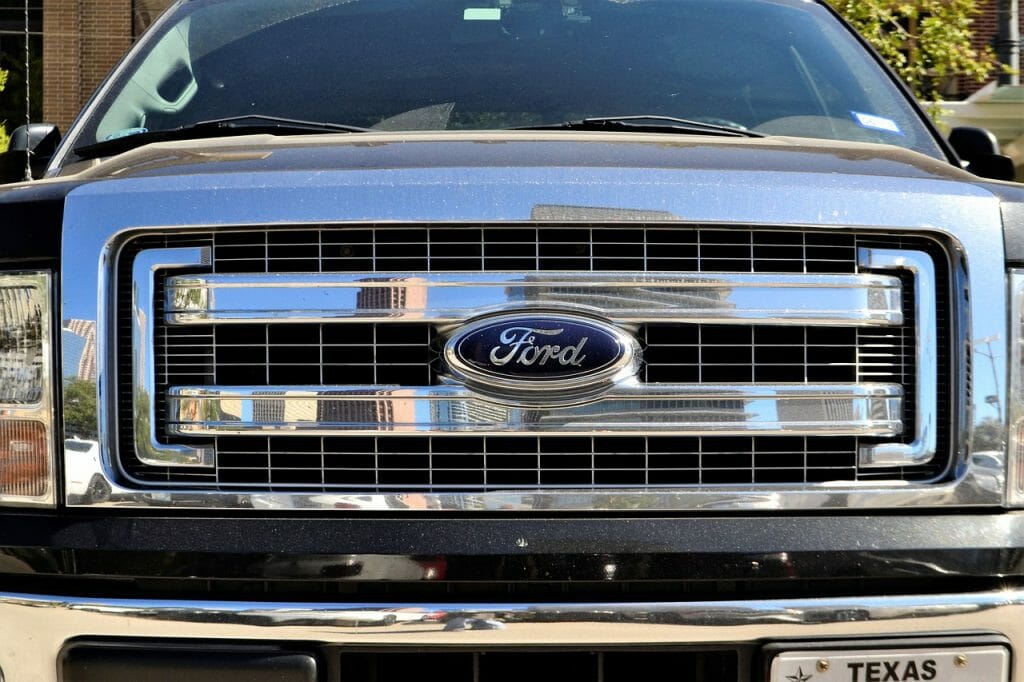 Sure, most folks will probably cut out at least some of those features. Here’s what Motor1 has to say about it:

“…A base-model F-150 XL in single-cab two-wheel drive configuration checks in at $28,675, but keep in mind that’s a work truck with vinyl floors, an AM/FM stereo, and that’s pretty much it. We suspect most folks would at least opt for the XLT, which adds a bit more bling and basic power features for $34,265.”

That sounds about right since CarGurus sits the average 2018 price (at the time of writing this) at $43,004.

That’s a lot of money. No, I lied. That’s a ton of money, especially when a fairly nice used vehicle can be had for <$10,000. But Ford, Chevy and the like have created a campaign that has made people believe they have to have their (brand new) trucks.

As for me? I don’t buy it. Ahem…pun intended.

My mindset has changed. And so has the way I think.

Since I started pursuing FI, my mindset has changed. Drastically.

Seriously. I have only been doing this for a few months – okay, technically it’s been years if you count the years I spent paying off my student loans.

Back in the day, though, I really wasn’t in the FI mindset. I knew I didn’t want to be in debt, but I certainly didn’t have any particular end goal in mind.

Since then, my mindset has changed in many, many ways. Here are just a few:

I have more of a Kantian relationship with money; that is, money is more of a means to an end than an end itself. Technically this is an ethics framework, sure. But I’m using the money to pursue a greater purpose (financial independence), not to throw it away on stuff that doesn’t really matter.

An unexpected benefit of my FI pursuit: I’m less judgmental. If I were to see someone driving a beater car, I used to legitimately feel pity for her/him. I would think to myself, “Wow, it must suck to have no money like that person.” But here’s the thing: this is an assumption. Maybe that person is pursuing FI. Or their car is in the shop and they’re borrowing it from their friend. Any number of things could be happening, and I realize now that I shouldn’t judge something like that at face value.

Sure, I’ve said before that spending less money isn’t always the answer. Still, I think it’s important to trim your expenses if you can do so within reason.

For me, challenging societal norms is one of the key components in a journey toward FI. And that is why I made examples of diamond rings and pickup trucks.

Society tells us we are “supposed” to behave a certain way. But does it really matter?

Let me give you an example that sits on the other side of the spectrum. I have gone into thrift stores several times and walked out with stuff that was barely used.

Despite those name brands, I have walked out with dress shirts for $4 or $5. Sure, there have been times when I didn’t find anything, and that is the biggest downside of thrift stores. Still, I have found plenty of good stuff in like-new condition for a fraction of the cost of buying it brand new.

But society doesn’t want you to shop at thrift stores, does it?

Because if you shop at thrift stores, you’ll somehow be seen as part of a lower class in the societal hierarchy.

About that…see my point above about being less judgmental. And besides, even if others do care – why do you care that they care?

I mean really, ask yourself a question:

What is more important: financial independence, or some stranger’s opinion?

Remember that that person who may or may not be judging you will probably never see you again. And when you reach financial independence and are able to live the life you really want, who will be laughing then?

All I’m saying is that my goals are much more important than someone else’s opinion of me. And I think yours should be, too.

But don’t deprive yourself

This is the final point I want to make here. If you really, really, want a diamond ring, or an F-150, or whatever, I’m not saying you shouldn’t buy it. Truthfully, I would love to be able to say I changed someone’s mind on these things, but that isn’t the point I’m trying to make.

My point is that you should focus on what matters to you, not what society says you should care about. And don’t be afraid to challenge societal norms if you feel they go against or hinder your goals.

Really want an F-150? Groan…okay, buy it if you must. Just be sure you’re buying it for you…not for someone else.

Charles Schwab Review: Worth the Switch?

How to Cook for One (and Still Save a Ton!)