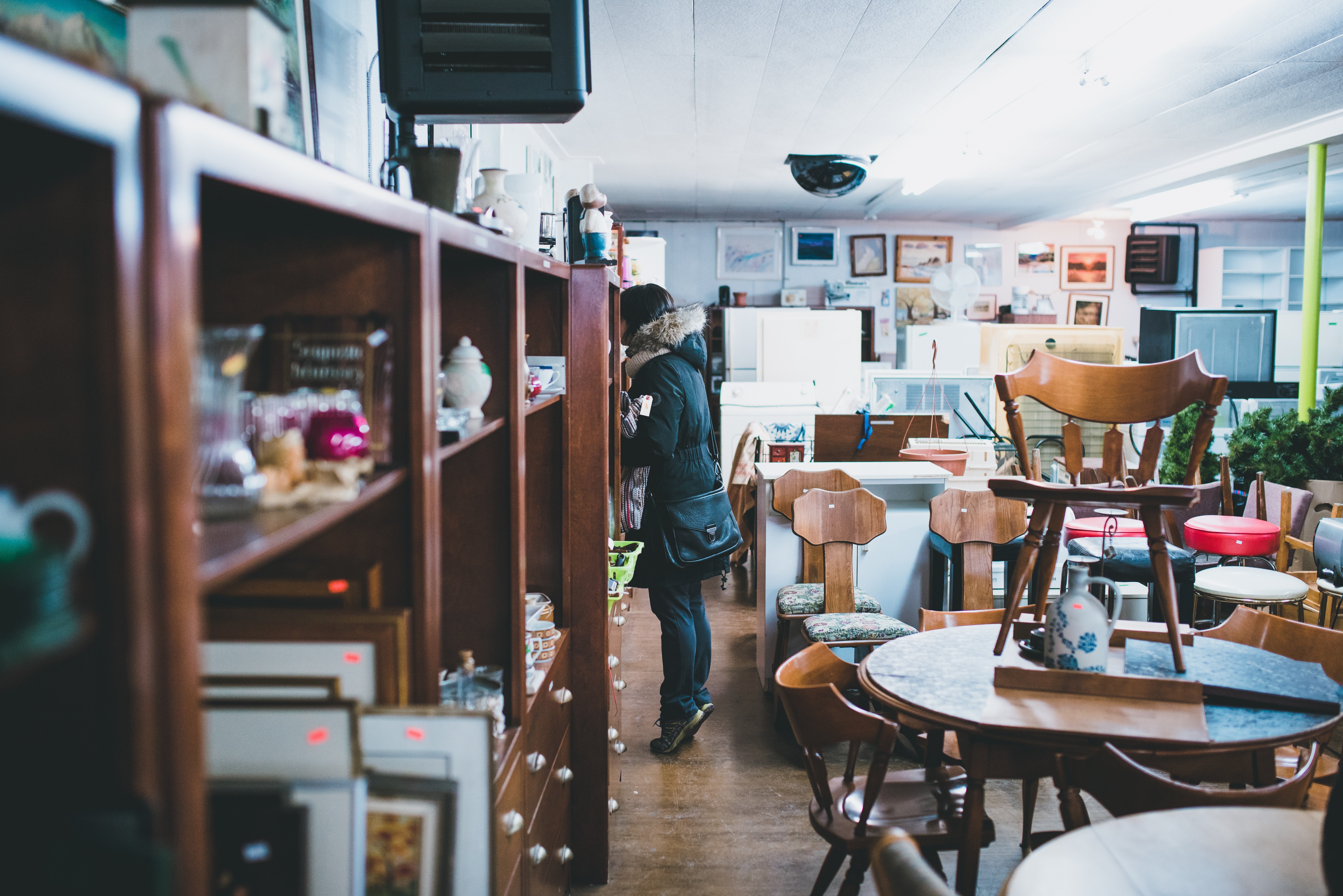 Yes, I know. Gasp. How could I possibly say that frugal living isn’t everything, given that it is literally in the title of this blog? Well, the truth is that being frugal can potentially be a bit limiting. Especially if your income is on the low side.

I hear many bloggers talk a lot about how financial independence is so much more difficult when you aren’t making any money.

At the same time, it can seem a bit patronizing for me to speak about how “easy” financial independence is, given that I do make more than most.

I’m not trying to hide this fact. And for what it’s worth, I totally agree.

In fact, even though I haven’t spoken about it much, I definitely agree that “winning” at personal finance is much easier if you can increase your income.

Rather than simply saying you should “change your mindset'” or that you should “just spend less,” I would like to go on record in saying that it is indeed not always so easy.

I mostly speak in such a way when addressing those in situations similar to my own. But of course, not everyone’s situation is quite like mine.

So, rather than addressing this issue in a patronizing or negative way, I would like to tackle it in a more constructive manner.

Frugal Living Meaning Very broadly, frugal living means exercising restraint in your spending habits. Even if you could spend money, you choose not to intentionally. Thus, some also refer to it as intentional living.

To give a simple example, let’s imagine a family of four with a modest household income of $75,000. Again, this is their combined income, and both parents work. I obviously wouldn’t know the full scope of this hypothetical family’s expenses.

But with their household income, it’s easy to see why they might be a bit shackled.

After all, the annual contribution limit for most retirement plans is $19,000 in 2019. Doubling this number to get $38,000 for both parents would put us at just about 50% of their household income.

And while 50% is conceivable for some, it would almost certainly prove difficult for our imaginary family. Yes, retirement savings are important, but you still need to be able to cover living expenses.

Even if they manage to avoid a car payment by purchasing used, they would likely have a mortgage or rent. If that mortgage was, say, $1,200/month, they would be paying $14,400 annually. That would leave them with $23,600.

But what if they had to buy that used car of theirs this year? Let’s say they buy a minivan or SUV. Even if they find a pretty good deal, they would likely spend at least $10,000.

Are you seeing where I’m going with this? Frugal living can really do wonders. But not always.

Again, I don’t have a family of four of my own, so it’s hard to predict all of their expenses. But I haven’t even covered food, school costs, utilities, and a whole slew of others. And yet, we only have just over $10,000 left, give or take a few thousand.

Oh, and I also haven’t mentioned taxes. That’s a whole other (rather large) expense.

It just isn’t likely that they would be able to max out even a single retirement plan. But depending on their jobs, maxing out these plans might be critical to a safe and secure retirement.

This is a real problem to which there is no easy solution. In lieu of that, I’d like to offer a suggestion or two.

Should You Keep a Frugal Budget?

Consider the expenses mentioned above. Other than extremely frugal living, how much can this family realistically trim from their budget? After all, most of the expenses I listed were more or less essential.

And turning off the lights when they leave the room isn’t going to save them $5,000 per year.

You know what’s easier than keeping a frugal budget? Increasing your income. Now, before you scoff and proclaim “that’s easy for you to say,” bear with me for a moment.

$5,000 is an arbitrary number, but let’s continue to work with it. After all, while some of us might be able to trim that much in order to save adequately, I would venture a guess that some can’t. In fact, I would bet that many don’t have this option.

Even if you can cut the morning latte and bring your lunch more often, you may fall far short of maximizing your retirement plan(s).

But now, let’s spice things up a bit. Let’s imagine for a moment that just one of the two adults in the family picks up some sort of side job/side hustle. Yes, I know, most adults’ time is very limited.

A decent chunk of time, sure, but I personally believe it can be done. Especially if that time is split between adults!

You can increase your income with a side hustle, giving your input with surveys, and asking for a raise at your current job.

Finding a Balance Between Frugality and Wasting Time

Here is yet another way to look at this: frugal living takes time. Perhaps you clip coupons, look for deals on products online, go to yard sales/estate sales, go to thrift stores, and so on.

Of course, I’m not saying you shouldn’t go one or even all of these things. After all, I have advocated for some of them on this blog before.

But the point is, as I said, is that these things do take time. And sometimes it’s important to try and find a balance between trimming expenses and, in this case, increasing your income.

There’s no exact formula for how to actually find this balance, so here is what I would recommend. Start by using some of the cost-cutting methods listed above – or whichever one you prefer. If doing so is a breeze and you don’t mind doing it at all, I would say you’re doing well.

However, at a certain point, you may notice a diminishing return. As you spend more and more time hunting for deals, it may start to become a bit draining. Additionally, spending more time on them may only produce a very small reduction in cost.

At this point, it may be time to consider a new strategy!

Increasing your primary income would mean increasing your salary at work. I realize this is easier said than done, but do your homework. It could be that you aren’t being compensated fairly when compared with other workers in your city with the same level of experience.

If asking for a raise is not possible at the moment, there are other things to consider, such as:

These are a few ideas for increasing your primary pay, but what if that still seems impossible?

While it is difficult to give exact statistics on side hustles, I wouldn’t doubt their legitimacy in the workforce today. For what it’s worth, some studies have shown that as many as 85% of people have side hustles.

Now, I must admit that this is not something I am pursuing at the moment, at least partly due to working on this blog. But I do happen to have an entire Pinterest board dedicated to side hustles. From bookkeeping, to freelance writing, to sonography and many more, there are all kinds of ideas out there.

I also regularly hear people mention ideas such as selling on Amazon and eBay in various Facebook groups. I haven’t researched these ideas myself, but the point is that there are almost endless ideas out there.

If you want to make some extra cash, there is probably a way to do it. The important part is finding what works for you.

Frugal Living Is All About Balance

In closing, I’d like to reiterate the point that, indeed, it’s about balance. Being frugal is certainly a virtue, but frugality also has its limitations. If you find your frugal living habits are coming up short, it might be time to think about ways to increase your income.

And the great thing about increasing your income is that you can dedicate as much time to that goal as you like. In other words, if you have a jam-packed schedule, you don’t necessarily have to spend 40 hours per week on it your side project. If you only have a few hours, that’s perfectly fine!

I realize this may still not work for everyone, but even just a few hours of effort into increasing your income could go a long way.

At the end of the day, it’s about the balance between extremely frugal living and earning more. If you can find that balance, you’ll be well on your way to a better life.

Should Salary Information Be Kept Secret?

Four Financial Lessons I Wish I Knew When I Was Younger