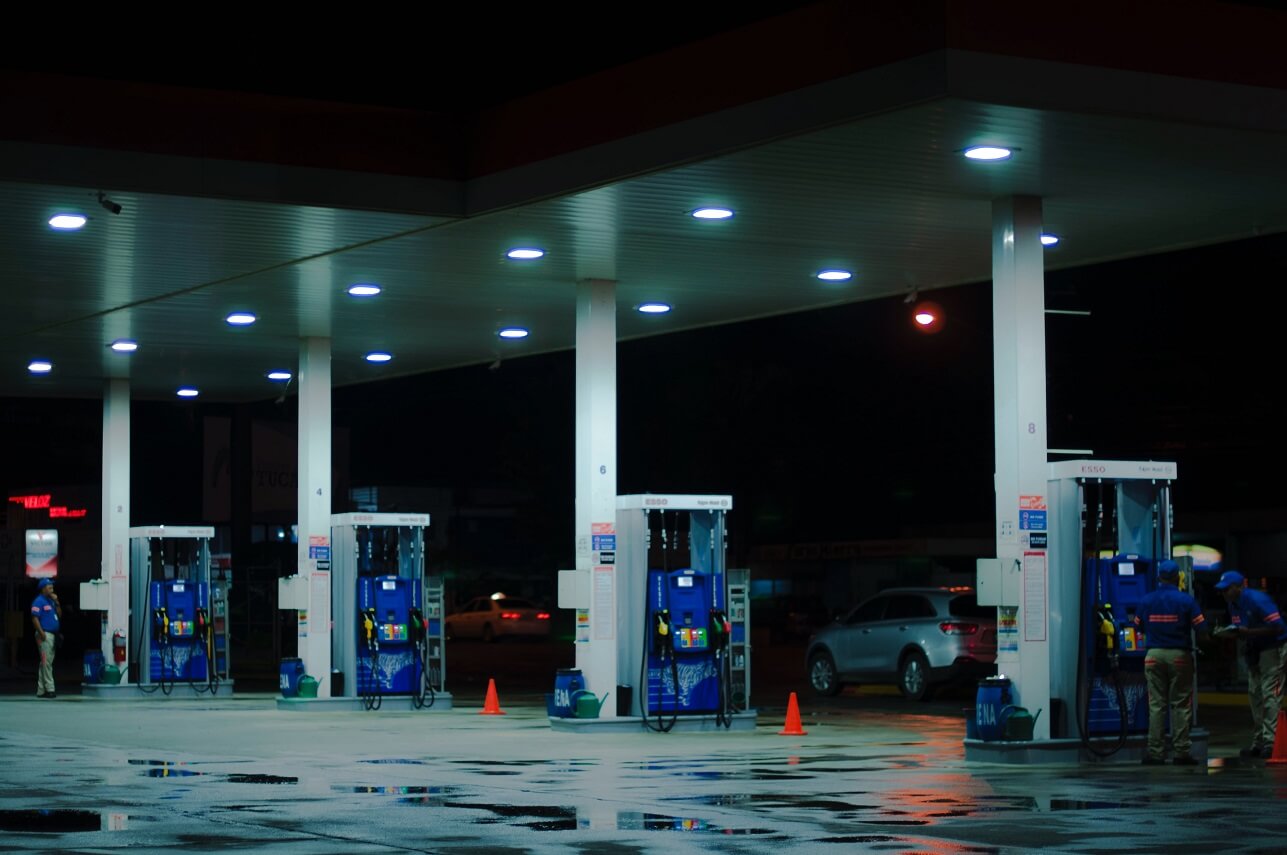 And yet, just a few months before, French people were demonstrating in yellow vest protests. They had several concerns, but the first was a gas tax increase.

Emmanuel Macron, the French president, was trying to help France do its part to help prevent climate change. The best way to reduce our dependence on oil is to make it expensive. It may sound a bit extreme, but it’s true.

The gas tax is not like emergency medical services. It’s a costly service, but no one thinks twice about it. A federal gas tax increase is more like cough syrup.

At first, it tastes terrible, but it will benefit you in the long run.

India has been experiencing extreme heat waves. NPR reported that temps there soared to 120 °F in June.

Make no mistake: India is no frozen tundra. But the average high for June in New Dehli is 99 °F. So even for India, this heat wave has been extreme.

And the fallout hasn’t been too pleasant. According to the AFP, India’s high of 99 °F puts people at risk of heat exhaustion. Heat exhaustion occurs when the core body temperature is between 98.6 °F and 104 °F.

Heat exhaustion a dangerous, but not life-threatening illness.

However, the cutoff for heat exhaustion ends at 40 °C (104 °F). After that, it becomes fatal, as people will be at risk of heat stroke. And according to the NPR reporting, there has been a spike in heat-related deaths in India.

But that isn’t the only complication. India is also experiencing water shortages. Communal taps and reservoirs are drying up. People are now having to scramble to receive water delivered by tankers.

The chaos in India is only a small glimpse into what the effects of climate change may look like in the decades ahead. As the planet continues to warm, these problems will become common in many parts of the world.

Let me be clear: weather and climate are not the same. But the planet is getting warmer. It’s not just a day here and there. According to the Union of Concerned Scientists:

The National Climatic Data Center (NCDC), which is part of the National Oceanic and Atmospheric Administration (NOAA), has maintained global average monthly and annual records of combined land and ocean surface temperatures for more than 130 years. These data show that temperatures have climbed to more than 1.8°F (1°C) above pre-industrial levels as of 2015, and the long-term global upward trend is clear and unambiguous.

And NASA lists numerous other signs such as warming oceans, shrinking ice sheets, and glacial retreat.

There is a huge amount of evidence that shows that the planet is warming. And that matters because climate change can have a huge impact on all of us.

What Are the Effects of Climate Change?

It’s difficult to fully predict all of the effects of climate change. However, we are already starting to see some impacts.

GlobalChange.gov lists many of the effects of climate change, particularly on humans. They include:

We are already seeing extreme events, such as the wildfires in Paradise.

And that’s only part of it. The World Wildlife Foundation says climate change has big implications for wildlife, too. Many animals are already being affected.

Those include polar bears, whales, elephants, pandas, and countless others.

Of course, climate change is not the only thing threatening animals. There is also habitat destruction due to farming, logging, poaching, and so on. But climate change plays a big role.

How to Reduce Climate Change

In 2018, William Nordhaus and Paul Romer were awarded the Nobel Prize in economics.

Since the 1970s, Nordhaus has fought tirelessly to persuade the federal government to help fight climate change. In doing so, he has primarily targeted fossil fuels.

Nordhaus has also conducted rather extensive research in hopes of accomplishing his rather lofty goal. What he found is that a gas tax increase is more effective at reducing greenhouse gases than attempting to limit the number of gasoline-powered cars on the road.

When it comes to gas prices, this means looking for more efficient vehicles or, in some cases, perhaps ditching gas altogether.

A gas tax would likely move the needle further on this trend. But is it the right move today? That, I think, is the important question.

The focus of much of William Nordhaus’s research has been that of determining the most effective/efficient way to limit greenhouse gases (GHGs). Nordhaus says that while most initiatives thus far have focused on limiting the quantity of GHGs, it is more effective to limit GHGs by way of a gas tax increase.

One thing he examined is the Kyoto Protocol. This agreement focuses on limiting the amount of CO2 in the atmosphere. Within the agreement, each country has agreed to reduce CO2 emissions by a certain percentage.

While this is better than taking no action at all, focusing on the quantity of CO2 and other GHG emissions hasn’t been as very effective.

Here’s the thing: limiting how much greenhouse gas we emit seems reasonable at first. After all, we know that greenhouse gases are the biggest contributors to man-made global warming.

Scientists widely agree on global warming. So it seems sensible to think that limiting how much greenhouse gas there is in the atmosphere would be the best way to quell this growing worldwide crisis.

The problem with simply saying “we will only have X emissions” is it doesn’t give us a strategy for actually doing so.

How a Federal Gas Tax Increase Can Help

What is the impact of oil prices on the economy? In particular, do higher gas prices influence consumer behavior? Here in the US, we have already seen that to be true.

The Great Recession brought on a sudden and dramatic spike in gas prices. Using data from Trading Economics, we can see how closely the increase coincided with the start of the recession:

Gas prices were on the rise for most of this 20-year period. However, no increase was as significant as the one that began in 2008.

That may have been no coincidence; in fact, some say there is a strong correlation between higher gas prices and recessions.

And this happened despite the fact that gas prices in the US were still less than half of what they were in Germany, for example. And so, even if other countries are still paying a whole lot more than us, we respond when prices increase compared to what we were paying.

Because, as a rule, consumers are most concerned with price changes domestically. We don’t buy gasoline in Germany, so for us, those prices are irrelevant.

The Problem with Carbon Credits

What are carbon credits? In short, a carbon credit is a permit that allows countries to produce a certain amount of carbon. Some countries are allowed more credits than others. Credits can also be traded if some countries have a surplus.

The problem with credits is that there are many issues with trying to limit the quantity of GHG emissions. For example, how are we going to pro-actively prevent people from driving vehicles with that emit too much CO2?

Perhaps more importantly, allowing countries to trade carbon credits simply isn’t good enough. We need to be moving toward zero emissions globally. That is a huge undertaking, but emissions trading is counterproductive to that goal.

Federal Gas Tax Increase: Where Do We Go From Here?

Trading carbon and emissions credits is not good enough. That might be better than maintaining the status quo, though, which it seems many people want to do.

Instead, gas prices must increase. Many will not like this idea and some may even be vehemently against it. Unfortunately, most people won’t change their habits of their own volition.

In the mid-20th century, most households had at most one car, yet people still managed to get around. People learned to be more dependent on cars, and they can learn to be less dependent on them.

As we move into the 21st century, this will increasingly become a necessity.

Here are a few other things I think need to happen in the years and decades ahead:

A federal gas tax increase may not be the most attractive solution to climate change. However, it has become necessary.

We must change our behavior if we’d like future generations to have a favorable climate in which to live.