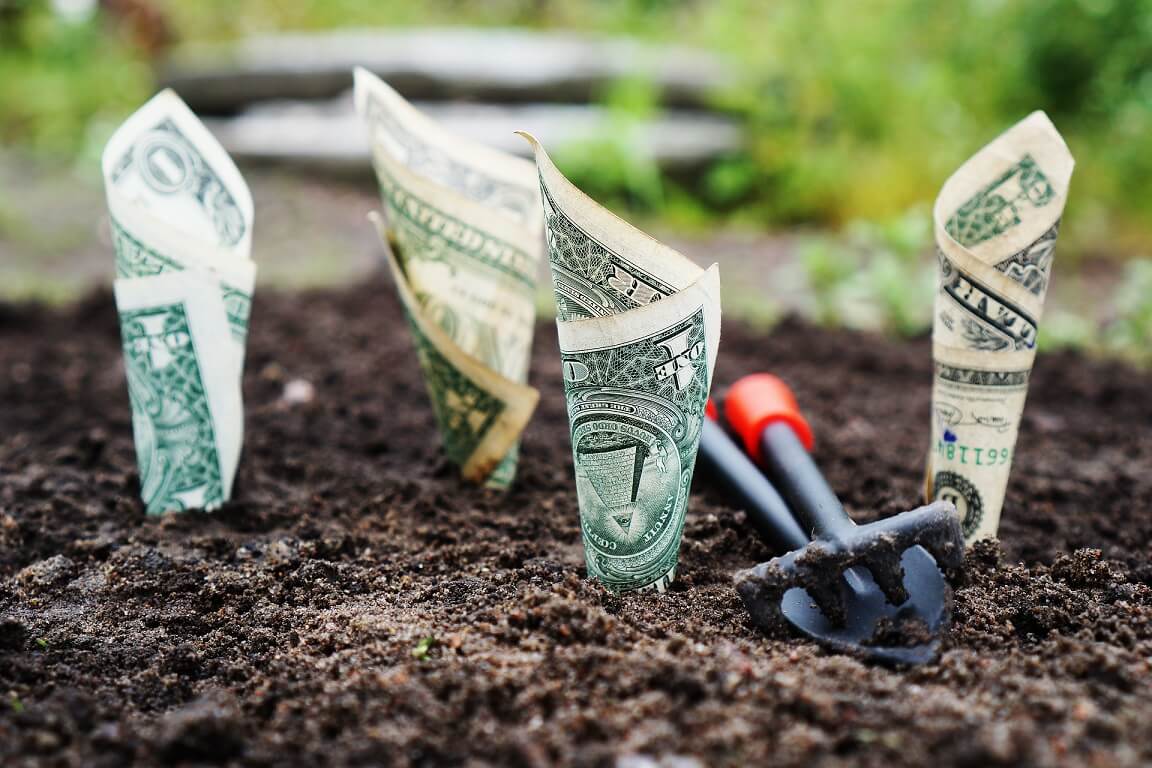 What is ESG investing? ESG investing stands for Environment, Social, and Governance investing. Traditionally, investing would focus merely on the financial part. ESG investing, on the other hand, is more of a value-based approach.

Nowadays, there are whole funds nowadays dedicated to sustainable investing. But is sustainable finance a good idea, especially when there are much more diverse funds out there? That is the important question.

But first, let’s look at what ESG investing actually entails.

Needless to say, the “environment” part of ESG investing has a sustainability focus. That means taking investment dollars away from industries which rely heavily on fossil fuels. Of course, that also means disinvestment in companies like ExxonMobil, Chevron, and BP.

On Black Friday 2018, the federal government released a report which detailed many of the potential negative effects that could be caused by global warming. Those include billions of dollars in damage per year and thousands of deaths.

In the Midwest, the summers could become more like those in Phoenix or Las Vegas. In those cities, 100-degrees Fahrenheit days are commonplace.

Days like that have historically been rare in the Midwest, but global warming could cause those scorching days could last months on end.

And those are just a few of the highlights – or should I say lowlights.

This is obviously a multi-faceted problem and one that is not easy to solve. But voting with your wallet can make an impact.

Wikipedia says that the social aspects of ESG include concerns such as:

Most of these points are fairly self-explanatory. For example, ESG investing would prefer those organizations which do not discriminate in their employment practices (diversity).

Animal welfare would mean preferring companies that do not test on animals. For companies that produce food products, ethical treatment of animals would also be a concern.

The ways in which organizations are governed is also a major concern. We’ve all heard of the “corporate ladder” where, in some cases, it can seem impossible for someone at the bottom to get ahead.

One thing I learned about while researching this topic is the difference in governance in the UK vs. the US. Again citing the Wikipedia article, 80% of companies in the US have a CEO who is also the chairman.

Conversely, in the UK, 90% of companies have a CEO and a different person as the chairman. What a huge difference that is.

Most of the people reading this live in the US. That means we are intimately familiar with the idea of checks and balances.

Separating the roles would make it more difficult for one person to abuse his or her power. Personally, I probably prefer the UK structure.

How Does ESG Investing Work?

The easiest way to get into ESG investing would be to buy funds advertised as such. Many of us just dump our money into something like VTSAX à la JL Collins’s The Simple Path to Wealth.

Going the ESG route means thinking a little differently. No, it’s not quite as “simple,” but that may be a necessity if you prefer ESG investing.

Luckily, there are several lists out there, such as this one from US News and this one from InvestorPlace. Each of these lists gives you several funds you can invest in today that employ ESG investing practices.

In addition, they give you some details about each fund and how it qualifies as ESG.

Should I Get Into ESG Investing?

It’s great to hear about how these funds are good “on paper,” but should you actually pull the trigger? As with most investing decisions, that probably isn’t an easy one.

For me, there are two big questions we must adequately answer in order to determine whether ESG investing is viable:

I think these questions are fairly straightforward, but here’s why they both matter: let’s say they are genuinely great companies as far as ESG is concerned. But what if the fund performance is lackluster?

Conversely, they could also have great performance but not be great from an ESG perspective.

In either one of these two scenarios, I may as well continue to invest in broad-based index funds and then donate monthly to the organization(s) I choose who are pushing for cleaner, greener energy.

There is another difficult question we must ask: how do ESG funds perform? Traditionally, one of the biggest arguments against ESG investing is that you would be limiting your portfolio, thus hurting performance.

After all, you would potentially be losing out on some of the mega-profitable companies we have here in the US.

But in reality, I’m not sure who those companies are. For instance, let’s look at the 5-year stock performance of Microsoft – a company often seen in ESG funds:

Now, compare that to ExxonMobil – a company certainly not seen in ESG funds:

While ExxonMobil has posted numerous record profits over the years, it’s worth noting they haven’t done so since 2011. That is of course further back than the above graph goes, so you might think this makes sense.

However, Microsoft hasn’t posted any record profits as of late, yet their stock has seen much steadier growth.

Perhaps this is a bit of an anecdote and an unfair comparison. Still, I was curious about XOM’s stock performance. Lo and behold, they are not seeing steady growth in recent years.

In addition, if you check the returns of a broader fund such as DSI, you’ll find some nice-looking returns. DSI’s 5-year return is 12.72%. For comparison, VTSAX‘s 5-year is 13.44% – higher than DSI, but not by very much at all.

To make things a bit more comprehensive and exhaustive, I did look into some studies on the topic. This study from Taylor Francis Online combined findings from 2,200 individual studies and concluded that “the business case for ESG investing is empirically very well founded.”

Without a doubt, there is a ton of data out there and it can be difficult to sift through it all. That said, there is plenty of data that shows positive findings for ESG investing.

In looking into various funds, one that stuck out to me is QCLN. I have to admit – this fund worries me because nearly 10% of its holdings are in Tesla stock.

While I love Tesla and often fantasize about having one, I’m actually not bullish on them financially. The reason for that is simple: while they did post a profit for Q3 2018, it was their first profitable quarter since Q1 2013. Not only that but they are nearly $2 billion in the red overall.

So while I love Tesla as a concept, yes, that worries me from a financial standpoint. Perhaps you believe Tesla will be “fine,” and maybe they will be. But it’s tough to feel great about a company that typically has a negative cash flow.

How Do The Funds Stack up from an ESG Perspective?

I’m not one for conspiracy theories, but personally, I think this one is a bit trickier than fund performance. After all, fund performance is literally just the numbers.

We can all see them, and if a fund is not performing well at all, it will be easy for everyone to see that.

ESG criteria are much less tangible. If a company is behaving unethically behind closed doors, there’s no guarantee the public will hear about it. I’m not saying I believe that is happing; I just think it would be easier to hide if it were.

That said, the good news is that there are agencies performing reviews of ESG funds and assigning ratings to them. MSCI, which I mentioned above, is one such organization.

They have “ESG Quality Scores” which they assign to various ESG funds. Some examples can be found in the product briefings for SUSA and DSI.

So while it may be difficult to find the most granular of details about each company, at least we know that organizations such as MSCI are rating them on an extensive set of ESG criteria.

Plus, we know that any ESG fund is going to avoid companies producing fossil fuels and the like.

Investopedia made an important point about ESG investing in their article on the topic. That is to say that, indeed, ESG investing is not just about the good of the planet.

They mentioned real issues that are not only bad from an ESG perspective but also hurt investors substantially.

In any case, it’s clear that ESG investing would direct investment dollars away from such companies, thus avoiding these catastrophic events.

Motor companies and even energy companies don’t necessarily have to be avoided entirely in ESG investing. But when they are allowing these kinds of things to happen, I do think it’s necessary to reign it in – at least until they prove they are taking ESG seriously.

Will I Pull the Trigger?

At the end of the day, that is the all-important question. The short answer is that I’m still trying to decide.

When you look at some of the broader funds such as DSI, you will see many familiar names such as Apple and Microsoft. While Apple does make physical products, I think tech companies make a lot of sense since many of their products are purely digital.

If they don’t have physical products, it’s much easier to be more ESG-friendly.

Be that as it may, many of my current investments are already in these companies. It’s true that I would like to move away from fossil fuels companies, but that may be in the future. Perhaps I will open new investment accounts and add ESG funds to them.

At the moment, though, I suppose it’s still up in the air.

How do you feel about ESG? Would you consider this type of investment for your portfolio? Let me know your thoughts.

Why Early Retirement Isn’t for Everyone

What Does a Stock Represent?