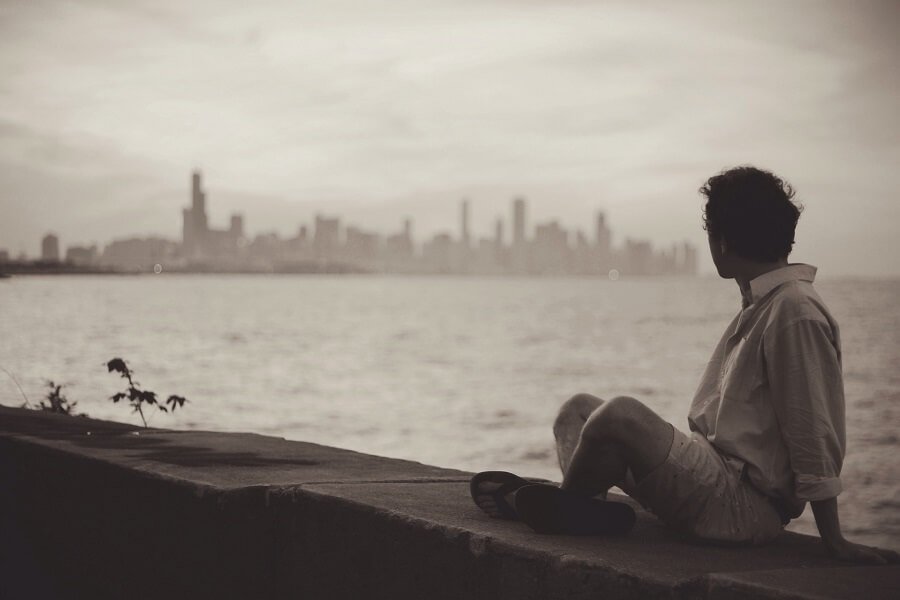 Have you ever thought about retiring early, but then became discouraged when hearing that FIRE should be achievable within 15-20 years? If so, early semi-retirement might be for you.

In this post, a guest post from Mr. Semi-Retire, you’ll learn more about what exactly early semi-retirement is. There’s more to it than just barista FIRE.

I hope you enjoy this guest post, and please, let us know what you think!

Semi-retirement is a period of life when someone chooses to work part-time, after their career working full-time.

When I was growing up, I thought of semi-retirement as something to try to avoid. The people I knew who said they were semi-retired were older people who couldn’t afford to fully retire, even though they were at the age when they would have liked to fully retire. I also heard people joke about it if their work hours were cut or they couldn’t find full-time work. “I’m just semi-retired!” So semi-retirement had a bit of a negative connotation — it was a silver medal for not quite winning the race.

The Personal Finance Blogging Community Has a Problem

The FIRE movement has several helpful practices like investing tax-efficiently and minimizing taxes when accessing retirement savings early. So I never thought that the movement was bad, it just never felt like something that I could achieve personally. I always assumed that FIRE followers were a vocal, visible minority in the financial online community.

I learned recently that the movement may be even more popular than I thought. I surveyed personal finance blog readers and, at least among those who participated in the survey, 64% considered themselves to be part of the FIRE movement.

In that same survey, I asked participants what their least favorite parts of the personal finance online community are. The top 2 answers? Comparison and judginess. One participant said they felt that personal finance blogs are geared towards white, male tech workers.

To me, this means that personal finance bloggers have a problem. Personal finance should not just be for men, educated people, or high-income tech workers. It’s for everyone.

What have we done to alienate so much of the population?

I am a college-educated white male too, so I recognize that I’m not helping those statistics. I’m not a particularly high earner (my wife and I make less than six figures, combined), though, and my mission is to equip readers to be able to leave their full time jobs as early as possible – even if they too do not have huge incomes.

I think the FIRE movement is fascinating and that it can be a good thing for some people. It has a dark side though. The FIRE movement makes people feel inadequate or somehow disqualified if they can’t have or don’t want to have an astronomical savings rate. I’ve been there, too.

When I scroll through message boards or Reddit forums of people who make $200,000+ each year and save 50% of their income, it’s easy to feel insecure — even though, in reality, I’m very happy with our situation!

One other issue I see with FIRE is that people get bored. If you fully retire early, what will you be doing all day? Some people have a clear plan, and that can work out well. But if you want to FIRE, you need to retire to something.

If you’re 45 and you fully retire, you won’t be able to call your friends at 10 AM on a Tuesday to meet up. In all likelihood, your friends and family will still have work and school during the daytime. So, it won’t just be like Saturday is every day.

In today’s online personal finance community, it’s easy to idealize life after reaching FIRE. It’s all we’re talking about and all we’re working towards, so surely it will be worth it – right? Financial independence can be incredible. I don’t doubt it. But your perfect post-retirement life won’t just happen.

Experiencing purpose and fulfillment during retirement will be a whole new challenge that will need to be approached thoughtfully.

Many people who reach FIRE end up choosing to work part-time, just to have something to do. There’s nothing wrong with that. But it’s inefficient. If they could have planned for that part-time work income, they could have retired even earlier. That’s where intentional early semi-retirement comes in.

If you have a moderate income, you don’t have to be stuck in your cubicle until your late 60s. Early semi-retirement can be a great option for people with more moderate incomes who don’t want to save a huge proportion of their income.

Basically, there’s a three-step Semi-Retire Plan, as I like to describe it.

In the first step, you work full-time and save for the future. You may not really like your job, but you’re getting compensated well and it should be a job that is at least tolerable. If you do like your full-time job, that’s even better!

I’m currently in this step. But the great news is you don’t have to be a high earner or save 50%+ of your income for this plan to work, because…

In step two, you leave your full-time job as early as possible. In this step, you shift your work to a role that you actually enjoy and a number of hours that feels fulfilling and healthy. You might want to teach music lessons, do freelance writing, tutor, or work at your church — something that you’re actually passionate about.

For example, I’m interested in teaching community college part-time. I plan to either do so seasonally or teach less than a full course load. That’s my ideal work situation. I’m choosing not to do that yet for a period of time, so that I can gain experience in my field (marketing) and have a higher income while I’m saving for the future.

You also have to account for step three — when you are no longer interested or able to work full-time later in life.

Someone saving 50 or 60% of their income to reach FIRE will be able to retire earlier than someone saving 15 or 20%. There’s no question. But if you’re a moderate earner, those high savings rates may not be possible.

So, consider if your maximum “pay the bills and eat cheap food only” savings rate is 30%.

In this post I ran through this exact scenario. I made a few assumptions, like $46,800 annual income, a 4% withdrawal rate during retirement, 6% annual investment growth rate (after inflation), and planned retirement expenses of $35,000 annually.

In this scenario, it would take 26.7 years to reach FIRE.

Now, what if you knew you wanted to work 20 hours per week making $20 per hour once you reached retirement? That would give you $19,200 income each year during your initial retirement years, and that would cut your full-time working years to only 16.97 years – TEN years earlier.

Using those same semi-retirement work numbers and a lower 20% savings rate, you could retire in 21.66 years. That’s still FIVE years earlier than the original scenario, while saving 10% less each year.

Again, I recognize that I’ve mad a few assumptions in those calculations. I walk through some of those assumptions in the original post. And the calculations will vary based on your personal situation, of course. But the point stands — intentional early semi-retirement can allow you to save less and also shave off years of full-time work.

You don’t have to be a certain gender, race, education level, or work in a trendy industry.

Time is your most scarce resource, so those extra years of flexibility and freedom really matter.

Mr. SR writes about personal finance, behavior, and early semi-retirement at Semi-Retire Plan. He is a fan of college football, Taylor guitars, and extra-large coffee mugs.

Mr. SR has been featured on The Public Slate, The Money Mix, and Your Money Geek.

Financial Independence Retire Early: What Is It?