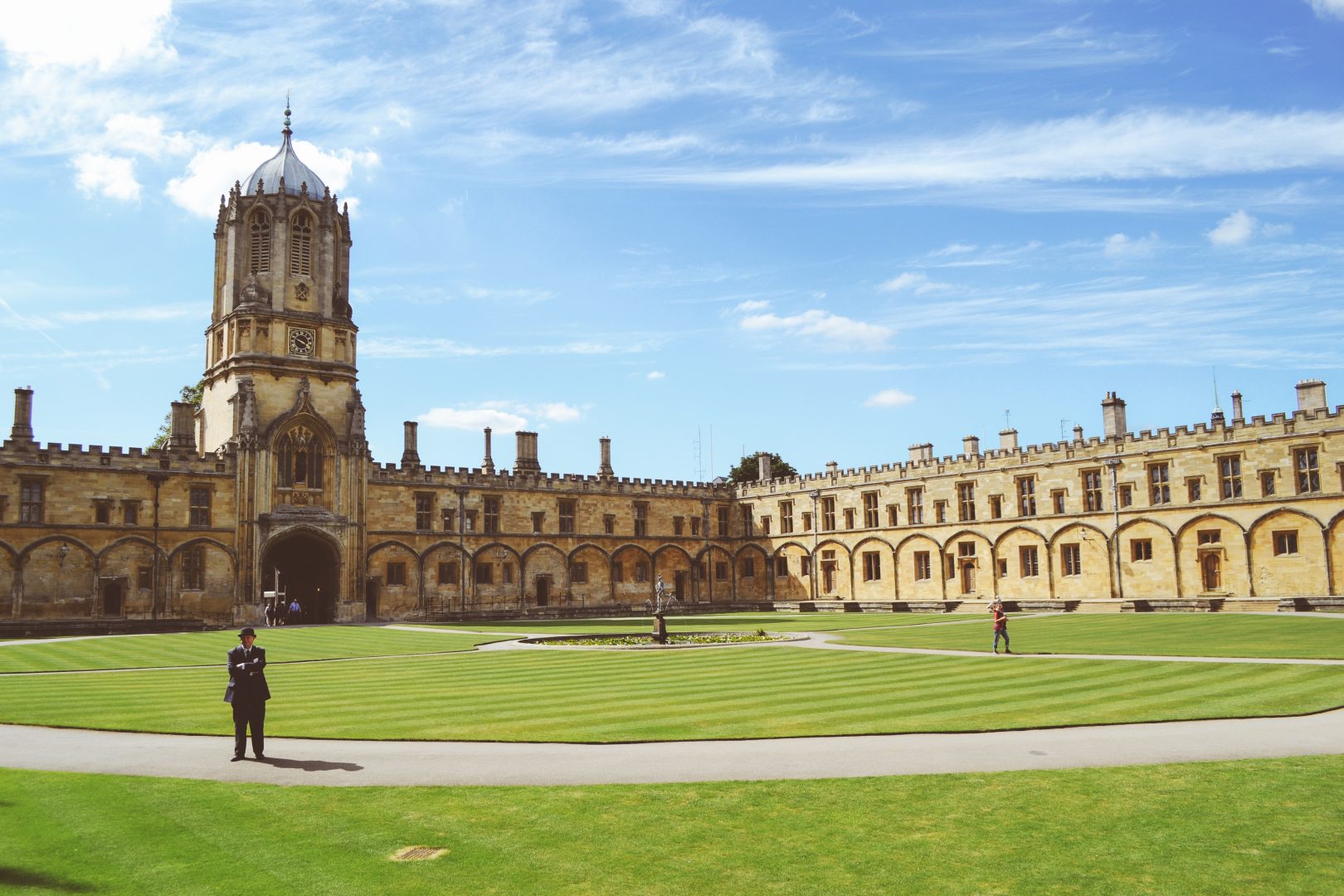 It’s no secret that college is expensive. Personally, I studied at Marquette University. I really enjoyed my time there, but the fact is that Marquette tuition is not cheap.

College tuition rates have risen at unprecedented rates over the past several decades. At the same time, inflation-adjusted salaries for college grads have remained virtually unchanged since 1960. So, is college still worth it? Is there a looming college tuition/attendance bubble?

Like most things here in the US (and in life), the answer is: it’s complicated.

Before we attempt to decipher whether attending college is still beneficial, let’s take a look at why college tuition continues to increase.

America is a nation of capitalism. As such, supply and demand is central to much of that increase. For example, a Business Insider article reports that colleges expected 20.4 million students in fall 2017 – 5.1 million more than in fall 2000.

When demand increases, costs naturally increase. That is one of the most basic concepts in economics, and college tuition is not immune to this.

An Increase in the Demand for Professors

One factor in rising college tuition is the need for more professors.

This increases costs for several reasons. Perhaps the most obvious one: more students means an increased need for professors (duh!). But adding more professors does not mean only adding more salaries.

The hiring process itself also has associated costs. If many professors have to be hired on in a short period of time, those costs can quickly add up.

To make matters worse, finding qualified candidates can also be difficult. This creates a high level of demand for professors, which – you guessed it – increases costs.

Universities have mitigated this situation somewhat by hiring more part-time professors. Coming back to the Business Insider article, part-time faculty now make up 51% of the total at universities, compared to only 30% in 1975.

Part-time professors tend to be less popular with students and the public alike. But fighting the increasing costs is something of a necessity.

Hey, who doesn’t want to dine like a king? Universities are ensuring that is a possibility nowadays, so evidently, that is something students want.

And just to be clear, the mention of dining is as literal as it is metaphorical. I’m sure universities are building fancy new dining halls, but all of their facilities get more decked-out by the year.

In fact, here is a quote from the linked Business Insider article:

Vedder says there has been an explosion in the number of non-teaching personnel on campus, with several administrators at top universities making six-figure salaries with fringe benefits and secretarial support. He said about two-thirds of university budgets had nothing to do with teaching but instead go toward things like advocates, dormitories, and facilities.

Two-thirds is a mind-boggling percentage. Nonetheless, that is the current trend.

This data is a bit out of date, but it shows how much colleges spent on construction each year from 1995-2014. Colleges are spending much more per year on construction than they did in the ’90s.

In 2014, they spent over $12 billion. Even if the numbers from the ’90s are adjusted for inflation, colleges are still spending more now.

I honestly expected it to be more than $12 billion. As I understand it, this is for all colleges combined. Nevertheless, that is obviously a huge amount of money spent on construction alone.

Costs Not Directly Tied to Education

This was mentioned above, but this is such an important topic that it deserves its own heading. I’m just going to say it one more time for those in the back:

Two-thirds of university budgets have nothing to do with teaching.

What do these costs actually entail? A few examples might include:

You get the idea. Still, all of these services enrich the student experience in some way. I am not for a second going to suggest they should be eliminated entirely.

In addition to making students feel safe and well-cared for, these institutional support services also serve to provide an integrated experience for students.

In other words, students don’t have to find a private counselor or go off campus for medical care. Providing such services on campus is especially helpful for colleges in rural areas where those services may not even be available elsewhere.

And this brings me to my next point.

The Cost of an Integrated Experience

It is probably already obvious that the services mentioned above have a certain cost associated with them. But is it really necessary for things to be so integrated?

Sure, I definitely appreciated having the public safety vans at my disposal. Sometimes Friday nights got crazy – what can I say?

But I suppose the point I’m making here is the costs really add up. What is more important – having everything available at your fingertips – or a college education you can actually afford?

I’m not knocking the living away from home thing, either. I personally did it and I enjoyed it. But with college costs continuing to rise, it may be time for a reality check.

It’s not that I don’t feel we should have the option to live on campus. That’s just it – I think there should be options. There seems to be something of a stigma around living at home while attending college. Why is that? What is so wrong with wanting to save money by living with Mom and Dad while attending school?

I try to make challenging the norm one of the common themes here. That’s because I often feel that the established norms are either too rigid or, in this case, quickly becoming somewhat antiquated. The result could be that our finances suffer, and that does seem like a possibility going forward.

The Unexpected Consequence of More Space

I often look upon European culture fondly due to their inherently more minimalistic lifestyle, public education/healthcare, public transportation, and so on.

But Business Insider brought up another point I hadn’t considered. In Europe, there tend to be fewer dormitories and dining halls because fewer students live away from home. Canada was also mentioned as having a less “nomadic” college life.

This brings up another point about European lifestyle vs. American lifestyle. After all, there tends to be less open space in Europe. Thus, it is conceivable that a student attending university in Europe could live with his or her parents in the city.

Then, to get to class, they just hop on the metro and arrive at school a few stops later.

Yes, there are still rural areas in Europe. But this type of scenario is less conceivable in much of the US as it is in Europe as a whole. Many students here attend school several hours away from their parents, making all of those extra expenses necessary.

Americans tend to appreciate the abundance of space here. But in a way, all that space is indirectly increasing the cost of college by making it harder to live at home while attending.

If some of these costs could be lessened somewhat, it may also be easier for states to fund public universities. I’m not yet convinced we will ever have free public education, but ballooning costs certainly don’t make that seem plausible.

Is the Cost Worth It?

This is a question that is typically not easy to answer. But according to the article from The Atlantic, college grads earn 75% more and $500,000 more in their lifetimes. By this measure, college is clearly worth it since most colleges won’t be that expensive.

To get a little more specific, I found a study from Georgetown University with some very interesting data. The study is a bit dated already (it’s from 2014), but I think it should still be accurate enough.

Combing through this data, the highest-earning non-college grads are driver/sales workers and truck drivers at $1.3 million.

However, I went through and averaged the bachelors-level earning of every profession listed. The result? $2.2 million. That leaves us with a difference of $900,000 even between the average for college grads and the highest earners without a degree.

So, if we look at the big picture, it does appear that college can still provide a positive ROI. Of course, every data set is different, but the data seems to show college is still worth it.

Although it does appear that college tuition can still be worth it given the right major, I still believe that society should begin to shift its focus somewhat. There are no rules for how someone “has to” to something.

If someone wants to live with their parents to cut back on costs, great! If they want to attend community college, awesome! Or if they want to go to a trade school – hey, that’s okay too.

The point here is that there is never just one way to do something. If someone decides to do things just a little bit differently, there is nothing wrong with that. The sooner we understand that, the better.

Yes, there are several ways to cut down on college tuition. For example, Gwen from Fiery Millennials got a full academic scholarship through the Air Force. One of my college roommates did the same by getting a full ride through Naval ROTC.

I definitely don’t think I am cut out for the military, but I didn’t even know about those scholarships back when I was in high school. It may have been worth at least considering it, but I wasn’t even aware such a thing existed.

And I know Gwen worked extremely hard to get where she is today. I listened to more of her story on the ChooseFI podcast. Side note – if you listen to that podcast, she mentioned she got lucky because she got her full scholarship when someone else turned theirs down.

Regardless, I know Gwen worked her behind off to achieve what she has. If you have the drive to work as hard as Gwen did, great! There are ways to make it happen.

But the sad reality is that most people either don’t know about the opportunities ahead of time (yours truly) or won’t be willing to put in the work. I don’t think it’s bad to reward those who do, but I also think we should have better opportunity across the board.

My conclusion here is that, indeed, college is still worth it. But that very much depends on one’s chosen major. I have heard plenty of stories from people who majored in art, English, and other majors that haven’t paid off monetarily.

And college tuition continues to rise. At the same time, inflation-adjusted wages are not rising. This means that while college is still worth it today, the current trend suggests that may not be true forever.

Finally, if some students want to live at home while attending college, there is nothing wrong with that. There shouldn’t be a stigma because someone decides they want to save money. That decision could benefit them for many years to come. We should be commending those decisions – not condemning them!

College is a very complicated system, and like many big issues, college is different here than university is in Europe or elsewhere.

Things will continue to change, and we must adapt. If we don’t, the college tuition bubble may just burst after all.