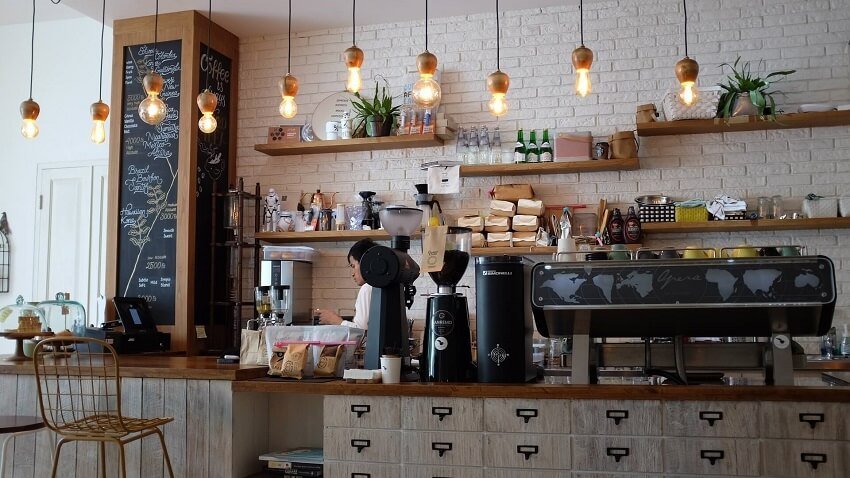 Barista FIRE is an interesting concept. It’s becoming increasingly popular, which could be in part due to rising health care costs in the US.

And health care only gets more expensive as we age. From diabetes to cancer to heart disease, some of the most prominent diseases have a direct correlation to an aging population.

It’s for that reason that one of the biggest dilemmas early retirees face is: how am I going to deal with health insurance?

Enter barista FIRE. With a name influenced by Starbucks, the idea is to work part-time primarily for the sake of being covered by one of their health insurance plans.

Is this really a good deal, and is barista FIRE worth pursuing? That’s what we’ll consider in this post.

Love it or hate it, you’d be hard-pressed to deny that Starbucks is a successful company. After all, they are the largest coffee chain in the world.

But aside from the drinks, what else is good about Starbucks? Well, they have over 21,000 locations. In order to have that many locations, they must employ a ton of people, right? And if they employe so many people, employee retention is certainly one of their biggest corporate goals.

Presumably, as part of that goal, Starbucks offers health insurance to all of its employees. That’s a big deal. Why? Because most employees work part-time, and often part-time workers are not offered such benefits.

In fact, one Reddit user said the insurance is the only thing preventing them from quitting.

Harsh words, no doubt. But it also highlights the level of value people place on their insurance through Starbucks. And that is central to barista FIRE. Some also like to refer to it as BaristaFI.

In case you hadn’t gotten to the definition of FIRE yet, it’s an acronym that stands for Financial Independence Retire Early.

In the real world, it can take many forms. But the simple version is that returns from your investments cover your daily expenses (FI). RE, or early retirement, means leaving the corporate world.

Note that there is not a universally-accepted definition of FIRE. This is how I personally define it.

Where does Starbucks enter the equation? The idea is fairly straightforward.

This is, in a nutshell, the idea behind barista FIRE.

If you want to figure out when you’ll actually be able to retire, check out this financial independence calculator.

It’s worth noting that, at least for Starbucks, you must work an average of at least 20 hours per week to be eligible for health insurance. (Thanks to The FIRE Lane for pointing my attention to that little caveat.)

Perhaps unsurprisingly, Starbucks is not the only company that offers health insurance for part-time workers. But they do seem to be more well-known for this than most.

So, in reality, being barista FIRE does not necessarily mean working at Starbucks. A more accurate definition would be working part-time for the sake of having health insurance.

Barista FIRE: Why Not Just Use the ACA?

Let me preface this section by saying that I am not a health insurance expert. If you have ever been through open enrollment with your employer, you probably know these plans can be extremely complex and convoluted. Especially if you have multiple family members who need ongoing medical care.

That said, my brief research on the subject suggests that despite its name, the Affordable Care Act (ACA) is not as affordable as having health insurance through Starbucks.

For example, that Reddit thread I mentioned shows many users paying double-digit monthly premiums for their plans. I realize relying on Reddit seems questionable, but couldn’t find any official information on premiums.

I also know that premiums are only one part of the cost. But with the ACA, it seems many people have premiums in the $300-500 range.

Barista FIRE or baristaFI certainly seems like a better deal when you look at it that way.

Again, I don’t want to delve too deeply into health insurance plans because they can get very complicated very quickly. But the fact that people choose to work at Starbucks primarily for the health insurance is telling.

Perhaps this barista FIRE thing is more than just a gimmick.

As I mentioned above, Starbucks is certainly not the only employer offering health insurance to part-time employees. Still, getting a sense of what kind of plans Starbucks offers may be useful for someone considering baristaFI.

Starbucks has a tiered system for its health insurance plans. It refers to these as:

Each level of coverage has increasingly smaller deductibles, copays, and other costs incurred at the time of your visit. Starbucks does seem to release information about monthly costs, but you can expect them to increase as you move up the line.

Monthly costs are generally deducted from each paycheck and employees can view this information on the employee portal.

A very important thing to call out about Starbucks’s health insurance plans is the HSA. Specifically, it appears that their Bronze and Bronze Plus plans are the only ones that offer an HSA.

The HSA is one of the better savings accounts out there and can be used to help fund your early retirement. Thus, if you find yourself barista FIRE-ing at Starbucks, I highly recommend going for that option.

For more information about the HSA and its early retirement benefits, see my post about starting the FIRE.

What is Your FI Number?

Your actual FI number may vary based on your annual expenses and risk tolerance, but I would recommend adding those healthcare costs into your number. So, if it was $1.3 million, it would now be $1.5 million.

In addition, working a part-time job that offers benefits can be great in terms of human interaction. If you are someone who would not fare well being alone all day, working part-time might be ideal for you.

Another benefit to barista FIRE is that it allows you to draw down less of your portfolio while being semi-retired. You may not be earning a full-time income, but you aren’t working for free, either!

This is in contrast to another term I heard recently, known as “coast FIRE.” Coast FIRE is what people more often have in mind when they think about retirement.

The idea is that your investments grow to the point that you no longer need to earn any additional money. All of your expenses would be safely covered, including health insurance and medical needs.

So barista FIRE is that sort of semi-retired state where you continue to work but probably fewer hours, and perhaps no longer sit in an office all day.

I suppose deciding whether to opt for barista FIRE somewhat depends upon the type of work environment you prefer. But the fact that it would very likely mean fewer hours is something almost anyone can appreciate.

What Do You Think?

What are your thoughts on this? Do you know someone who is barista FIRE? Or perhaps there is another “hack” you know about that helps mitigate health insurance costs during early retirement?

Financial Independence Retire Early: What Is It?