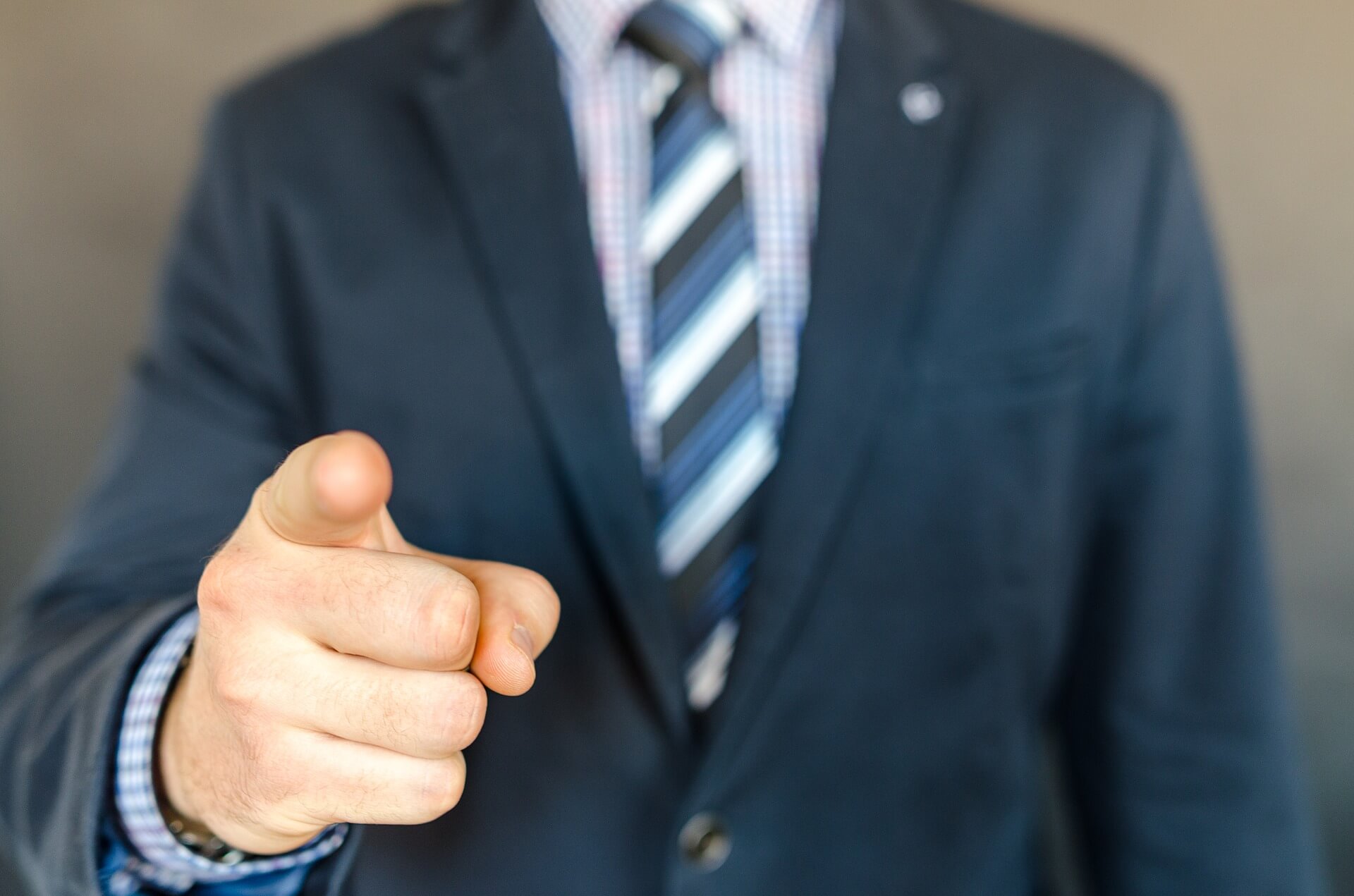 For a lot of us, losing our jobs can be a crisis. Especially with so many people living paycheck to paycheck and not having adequate emergency funds.

For me, getting fired was actually amazing.

And no, not getting FIREd…but that will happen eventually – I hope!

Some background: this is not a recent or new development. My current job is still safe (for now, anyway), but I have lost jobs in the past.

And even though it seemed like the end of the world for a short moment, I ended up learning some valuable lessons in the process.

Yes, we all have bills to pay, and not being able to do so can be a real problem. That is even truer if you have a family to support; we have to keep the lights on and put food on the table.

These are non-negotiable responsibilities.

Even beyond the biological needs, our jobs tend to dictate many parts of our overall well-being. I’ve mentioned Maslow’s Hierarchy of Needs a couple of times before.

When you think about it, though, it’s true: our jobs heavily influence many levels of the hierarchy.

Take a look at the figure above. From my perspective, the only needs our careers may not help are those of self-actualization.

They still might, but that depends more on the type of job you have. In other words, with self-actualization, it’s less about the money and more about what you’re actually doing.

Here’s another one: pride. For better or for worse, we could never be unemployed because we have too much pride.

I tend to think of this as more of an American thing. Maybe I’m wrong, but either way, we could never think of losing our jobs.

“That happens to other people, but never to me.” Or so you think – until one day, it does.

In reality, it doesn’t matter if you are laid off or if you get fired. At the end of the day, the end result is the same: not having the steady paycheck you use to pay the bills.

Not only that, but many of us are friends with our co-workers. And, as mentioned, being employed imbues a sense of accomplishment.

So how, then, could getting fired possibly be good?

1. Getting Fired Helps You Find a Better Fit

As I said earlier, we all “got bills to pay.” And since we consider this is a non-negotiable arrangement, we run the risk of doing a job we hate just to earn a paycheck.

Some call it the reality of adult life. Me? I call it a pretty crappy deal.

I’ve always said I am doing a job I definitely don’t love because it pays more than other jobs would. Sure, I might have been able to find a job I enjoyed more, but it probably would have paid less.

And I wouldn’t even consider that while working on repaying my debt since I was throwing money away on the interest.

I feel slightly less obligated to earn excess income now though, mostly due to being debt-free now. Sure, I’m also working toward FI, but at least I’m no longer throwing money away.

Long story short, I now consider it an option to make less money if it allows me to live a life I actually enjoy.

2. Helps You Understand the Importance of Emergency Funds

One of the worst things that could ever happen is to have little to money set aside if things go awry.

I would know: it happened to me.

Long story short (and believe me, it’s a long story), I accepted a job for which I had no real previous experience.

In retrospect, the entire process was a little suspect. The job was halfway across the country, and they couldn’t pay to fly me in for an in-person interview.

And trust me – this organization has money.

So I never even had the chance to meet them face-to-face. There wasn’t even a video chat or anything like that. Well, it turned out it wasn’t a good fit for me, and I got the boot. I was only there for a few months.

Again, this was halfway across the country. I had no savings, so I had to move back in with my parents. Then, I had to take the absolute first job I could get.

My old job had been eliminated, so it wasn’t there even if I wanted it.

I ended up taking a job that wasn’t really what I wanted to do, and I was there for two years.

All in all, this was almost two and a half years of my life that I felt was basically a waste. I did actually gain some somewhat valuable experience at the job I had for two years, but still.

If I could do things over again, I definitely wouldn’t have taken the original job without having a sizable emergency fund.

Know your risk. If you are taking on significant risk (I was), have a significant safety net in place before you do.

3. Gives You More Time for Side Hustling

You know what could be considered a side hustle? This blog! Sure, side hustles are typically all about the $$$, and I’ve made minimal income from it so far.

Nonetheless, so far I’ve worked on it, well, on the side. As I said, I am still working, but in an alternate universe, getting fired would give me more time to work on it.

This might be more of a silver lining than a good thing of its own, but I see some real potential here. And because blogging takes so much time, having more of it can only be a good thing.

Oh, and there’s also freelance writing. I’ve been trying to get into that for a while without a whole lot of success. But I’m hoping to secure my first long-term freelance writing client in 2019.

4. Forces You to Plan For the Long-Term

I mean, other than this very obvious answer, I’m not sure I have a good one. Not that a train full of puppers is such a bad goal…

But seriously. I’ve somewhat intentionally put off coming up with a long-term plan. And by that, I mostly mean where I’m going to live and what kind of work I’ll be doing.

I’ve bounced around to different places for different jobs, but I have to admit that I’m starting to want to figure out more of a long-term plan.

And being unemployed would certainly give me more time to do that.

5. Gives You A Break From the Madness

Most people don’t know this, but I sometimes get road rage. Add that to the voluminous list of reasons I’d like to be a digital nomad, or at least live in a city where I can walk and/or take public transportation everywhere I go.

I try to control my road rage, and most of the time I’m successful, but sometimes it just happens. Not too long ago I actually got very flustered while driving home due to people driving exceptionally poorly.

As a result of my frustration, I ended up scraping the side of the garage where I park. It’s a one-car garage and very narrow, but I still think it wouldn’t have happened if I had been less frustrated.

At one point, it was decided that my co-workers and I would be allowed to work one day remotely every week. I can’t tell you how happy I was just to get one day where I wouldn’t have to deal with traffic.

I can only dream of the absolute ecstasy I would feel if that became an everyday thing.

This is my last point, but also the ultimate one in a way.

And it might be obvious, but it’s true nonetheless. Did you know that Americans get a pitifully low number of vacation days?

On average, we get 10 days off. And according to Gusto.com, a staggering 23% get no vacation at all. That’s in stark contrast to the several (mostly European) countries that offer 30 days on average.

And, of course: more time to look for a new job.

Getting Fired: A Blessing in Disguise?

That is what I have often found getting fired to be.

Don’t get me wrong – it may seem like the end of the world, at least for a time. But getting fired gave me more time. More time to plan, for side hustling, to find a better fit, and to get a break from it all.

And, most of all, it gave me more time. There is no substitute for time. I may not always be the most efficient person with my time, but I do recognize its importance.

So yes, in a way, getting fired was actually amazing.

8101
Tags: how to deal with getting fired, i just lost my job, just got fired, what happens if you get fired, what to do if you lose your job

Should Salary Information Be Kept Secret?